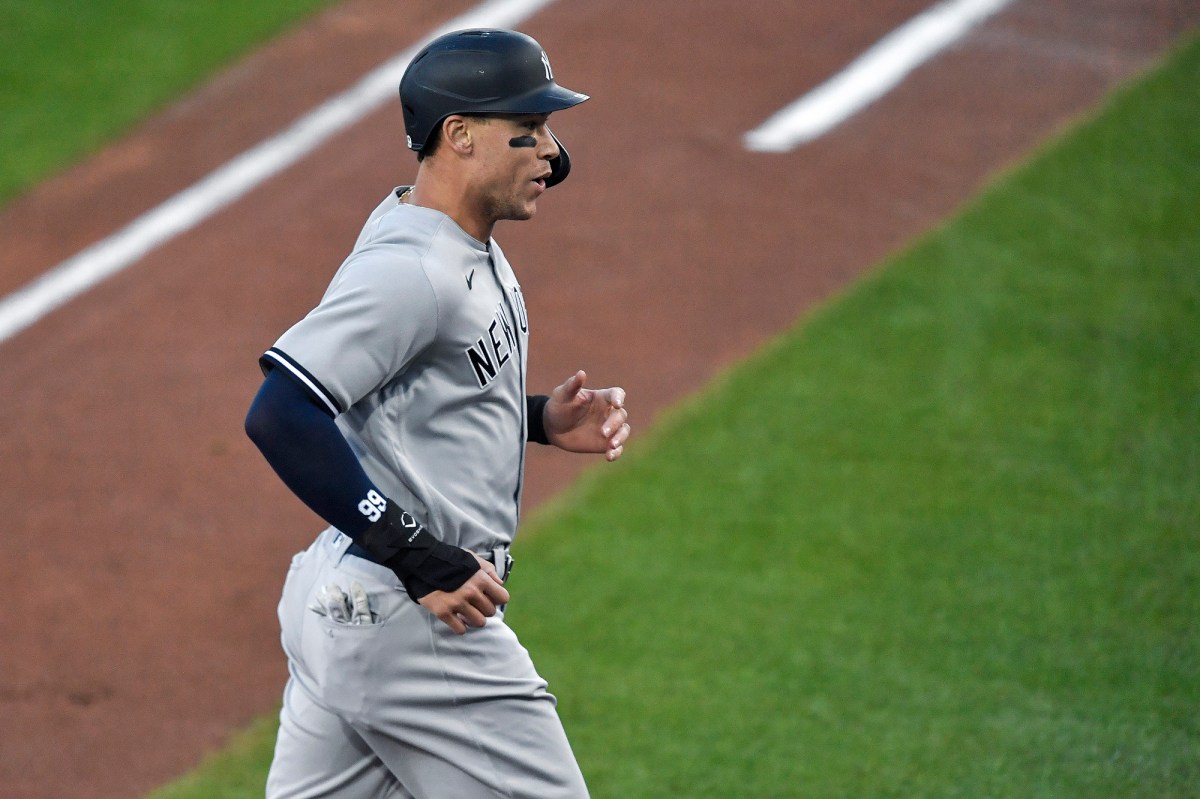 Next up for Aaron Judge is turning singles into home runs.

In his fifth game back from a calf injury and the injured list, Judge had three singles, scored from first on a triple, touched home plate three times and drove in a run to help the Yankees destroy the Blue Jays, 12-1, on Tuesday night in Buffalo.

Now, folks are expecting Judge’s power to turn on heading into the postseason that starts next Tuesday.

“Over time I think that is always boiling under the surface,’’ manager Aaron Boone said of Judge’s prodigious power. “As he gets really locked in then you will see him elevate some balls.’’

Judge entered Tuesday’s game with two hits in 17 at-bats since returning from a right calf injury on Sept. 16. He is now 5-for-22 and still searching for his first extra-base hit.

Boone is obviously looking forward to Judge’s power switch getting flicked on, but watching him score from first on Aaron Hicks’ first-inning triple gave the manager a good feeling.

“To see him moving well. I think that is best thing right now. To see him bounce back and do all the things he needs to do to be Aaron Judge,’’ said Boone, who used Judge as the designated hitter and started Clint Frazier in right field. “I am confident he is going to get there, the guy we know in the box. It is great to get results and have another day where he is making improvements and clearly getting more comfortable in the box but for me right now is making sure he is physically bouncing back and moving like he will and I know the difference-maker that he is.’’

While Boone has been careful not to push Giancarlo Stanton and Judge since they came back from the IL, there will be no restraints on them when the postseason begins.

“First and foremost, when we brought him back we believe he is healthy and now it is about building him up,’’ Boone said of Judge. “Hopefully by the end of the season he will have played eight or nine or 10 games and got that level of at-bats and workload. Once we get to the playoffs it is go.’’