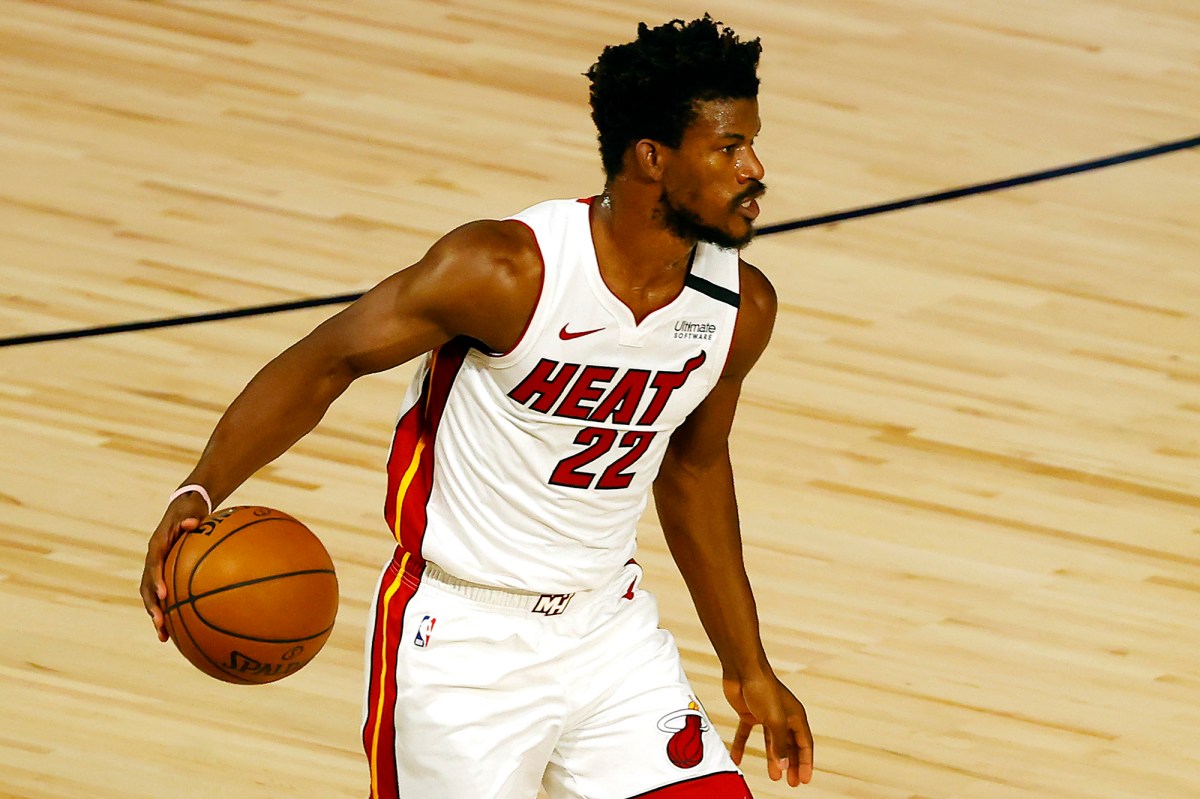 All protests must be approved.

Miami Heat star Jimmy Butler was forced to remove a jersey with no name on it prior to Saturday’s game against the Nuggets, due to the blank space not being included in the league’s official list of acceptable social justice messages. Butler was then given a replacement jersey sporting his surname.

“Displaying no name or message on the back of a player’s jersey was not an option among the social justice messages agreed upon by the Players Association and the NBA as modifications to the rules regarding uniforms,” the league said in a statement, according to the New York Times. “Per league rules, the uniform may not be otherwise altered and anyone wearing an altered jersey will not be permitted to enter the game.”

Prior to Miami’s 125-105 win, Butler said he wasn’t informed of the reasoning for the required switch.

“I don’t know. I don’t care,” Butler said. “I didn’t have a name on the back at the start, but I decided to change because my teammates probably needed me a little bit today.”

Butler had made his plan public last month.

“I have decided not to [wear a message],” Butler said then. “With that being said, I hope that my last name doesn’t go on there as well. Just because I love and respect all the messages that the league did choose, but for me, I felt like with no message, with no name, it’s going back to, like, who I was. And if I wasn’t who I was today, I’m no different than anybody else of color and want that to be my message in the sense that just because I’m an NBA player, everybody has the same right, no matter what, and that’s how I feel about my people of color.”

Butler believes he got his message across anyway — “Without a doubt,” he said — and was uncertain if he would wear another jersey without a name in the next game.

“I don’t know,” Butler said. “I really don’t. I hope so. I hope they just let me play with no name on the back of my jersey, but like I said, to be determined.”