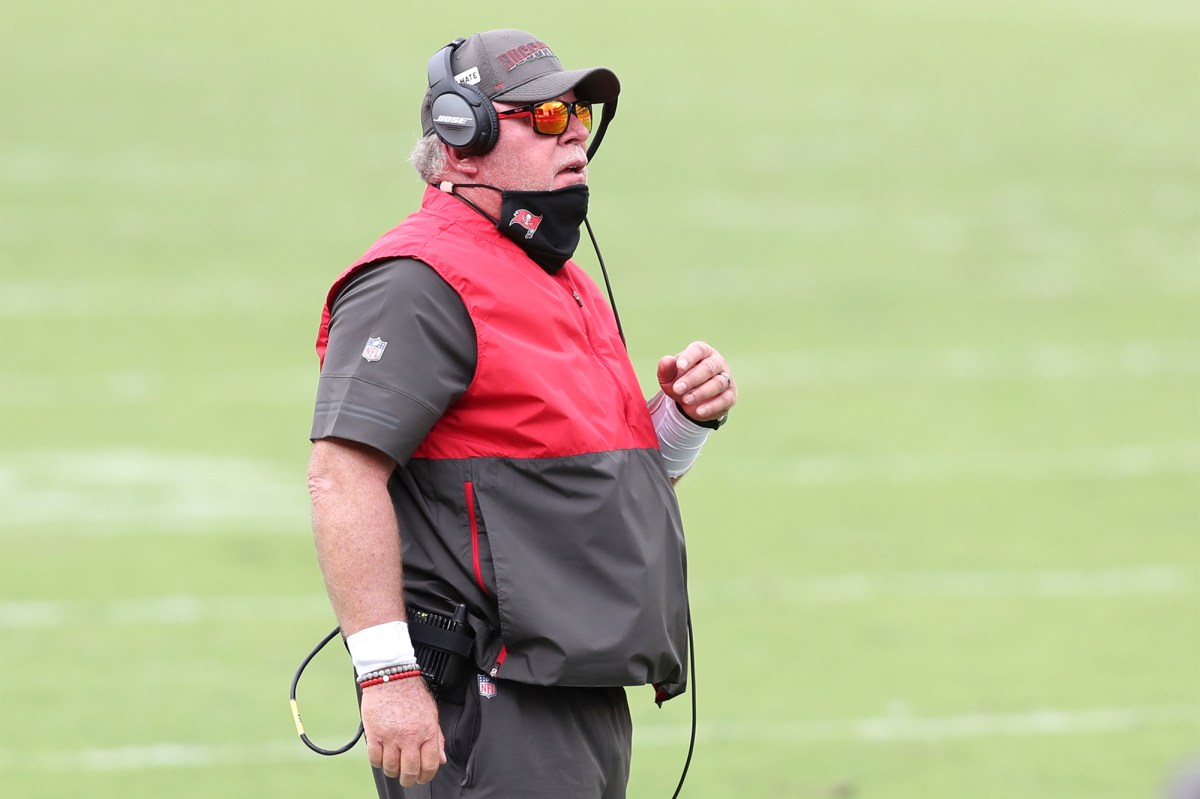 The Buccaneers head coach was asked Wednesday about the team not “letting their guard down” against the depleted Denver Broncos on Sunday. Arians quickly dismissed the idea, expressing what he really thinks about Tampa Bay’s 1-1 record.

“I don’t think we can let our guard down. We haven’t done s–t,” he told reporters. “We’re nobody to look past anybody.”

Arians hasn’t been shy with his critiques this season. After Tom Brady threw two interceptions in his Buccaneers debut against the Saints in Week 1, Arians publicly pointed out the mistakes the four-time Super Bowl MVP quarterback made, without hesitation – which Patriots coach Bill Belichick rarely seemed to do during Brady’s 20 years in New England.

It’s evidently taken Brady some time to adjust to a new offense, as he’s combined for three interceptions and just 456 yards and three touchdowns through the first two games of the 2020 season.

Tight end Rob Gronkowski, who was teammates with Brady in New England before coming out of retirement to reunite with him in Tampa Bay, has also struggled, pulling down just two catches for 11 yards and zero touchdowns in the first two games.