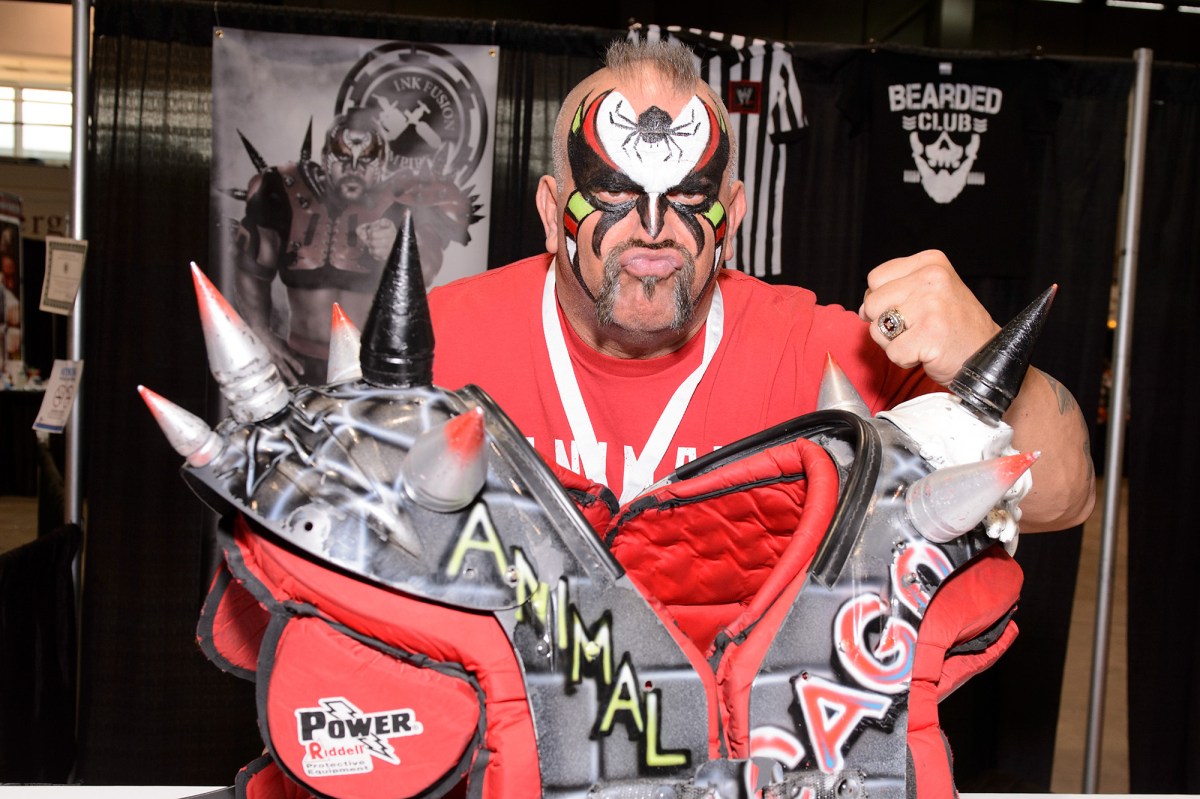 WWE legend Animal, who was one half of the famed tag team known as the “Road Warriors” and “Legion of Doom,” has died, according to a post on his official Twitter account. He was 60.

“At this time, we would like to confirm the passing of Joseph Laurinaitis aka Road Warrior Animal at the age of 60,” the Twitter post said. “The family is planning to release a statement later today. At this time we ask for you to keep everyone in your thoughts and prayers. #OhWhatARush.”

Animal and his tag team partner Hawk were two-time WWE tag team champions and were inducted into the WWE Hall of Fame in 2011. Hawk, real name Michael Hegstrand, died of a heart attack in 2003 at age 46.

“RIP Animal,love you my brother, I know you and Hawk have a lot of unfinished business to take care of! God speed and blessings to your beautiful family,one love4Life,” Hulk Hogan wrote on Twitter.