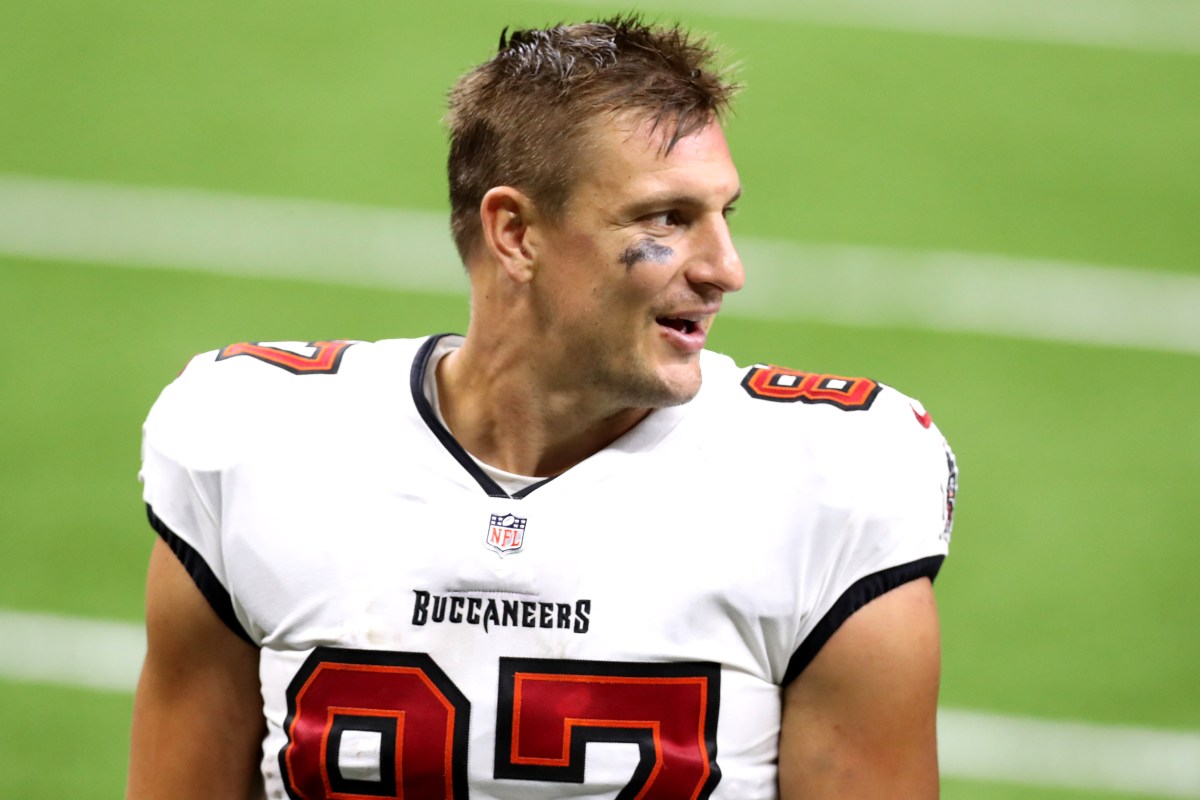 Rob Gronkowski is two catches and 11 yards ahead of the pace he set last year … in retirement.

The Buccaneers tight end has not been a significant part of the passing attack with best bud Tom Brady and, if you believe coach Bruce Arians, that may not change anytime soon.

“Not really,” Arians said Monday when asked if he was surprised about Gronkowski’s lack of receiving production. “He got a nice pass interference call for us [and we] missed him on the over route.

“We’re not throwing the ball 50 times to tight ends – that’s what we have receivers for [and] that’s the way our offense is built. Gronk’s playing great run blocking in the fourth quarter, so I’m not concerned with his pass catches or his targets.”

Gronkowski had a quiet opener in the Buccaneers’ loss to the Saints and then went without a catch in Sunday’s victory over the Panthers. The 31-year-old sat out last season and was then traded from the Patriots in order to join Brady in Tampa Bay. In 2018, Gronkowski was no longer the dominant threat he had been in previous seasons finishing with 47 catches.

The hope was that he would come back revitalized after a season away and his body recovered. Gronkowski, however, is now a part of a much more talented skill group than he was in New England. Brady has Mike Evans, Chris Godwin (missed Week 2) and O.J. Howard at his disposal.

Arians, who criticized Brady after Week 1, does not think defenses are focusing on Gronkowski.

“I don’t think they’re paying that much attention to him,” Arians said. “Tom has the ball [and] he decides where it’s going, so he’s reading the defenses and he’s taking whatever they’re giving him. We don’t force passes to anybody.”