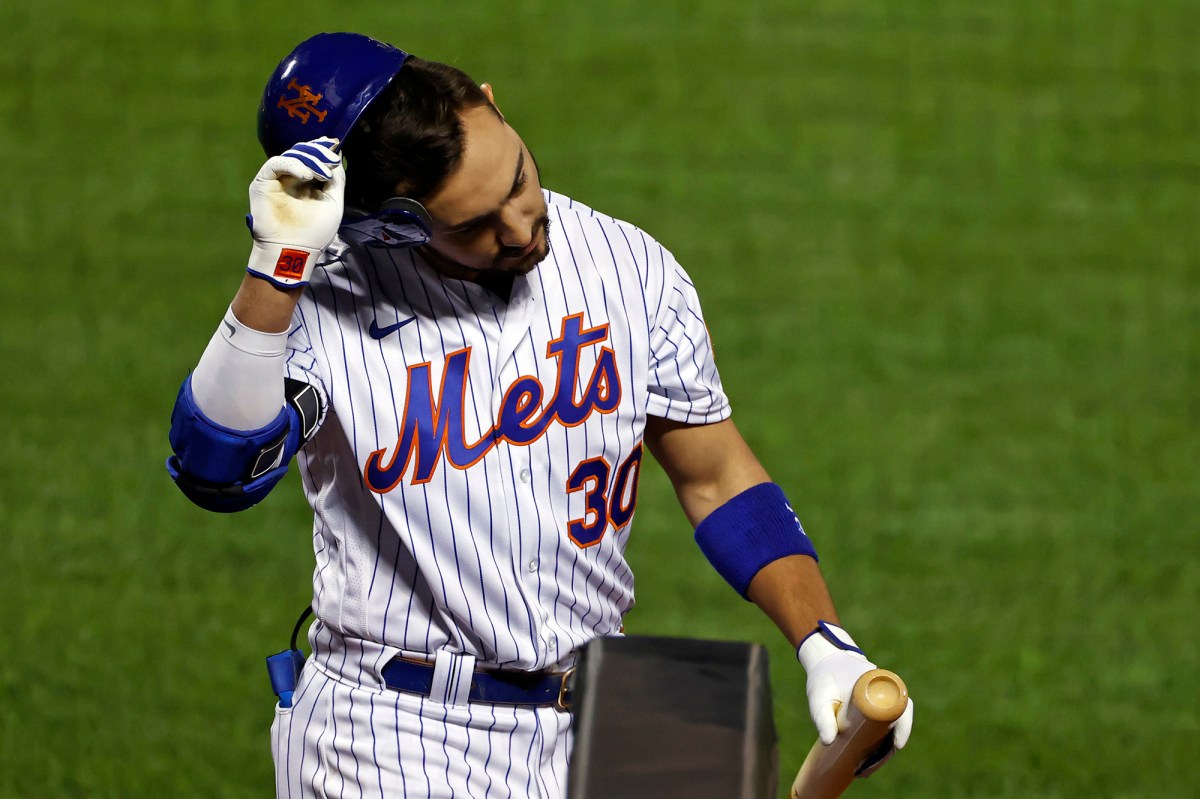 The Mets’ must-win week kicked off Monday with a huge bat absent from the lineup.

Michael Conforto incurred left hamstring tightness after Sunday’s game, according to the Mets, and though he showed improvement a day later it wasn’t enough to get him into the starting lineup in his team’s 2-1 loss to the Rays. He was also unavailable to pinch hit.

“We came down to the decision that the day [off] was going to benefit to have him the rest of the time,” manager Luis Rojas said. “We didn’t use him tonight, and [Tuesday], hopefully he can be there for us.”

Brandon Nimmo moved to right field, with Guillermo Heredia in center. Heredia was recalled from the team’s alternate training site before the game with Jake Marisnick’s placement on the injured list.

Dellin Betances’ inconsistency this season could be tied to trying to pitch through an injury.

As the veteran reliever continues workouts at the Mets’ alternate training site in his rehab from a right lat strain, Rojas said Monday that Betances revealed to team brass he had been pitching with discomfort almost from the start of the season.

“There’s some things that he kept from us, we found out when he told us after that game in Yankee Stadium that he had some discomfort and he was battling that since the second series of the year,” Rojas said. “Knowing that now, we found out he was battling some stuff that probably restricted him to be consistent in his release point.“Those are some of the things he’s been working on, his arm angle, getting to his release point consistently, those are some of the things that he’s working on at the alternate site so he can get back and help us for the final stretch.”

Rojas has not committed to Steven Matz starting Wednesday against the Rays. The left-hander struggled in his return to the rotation Friday, surrendering six earned runs over 4 ¹/₃ innings against Atlanta.