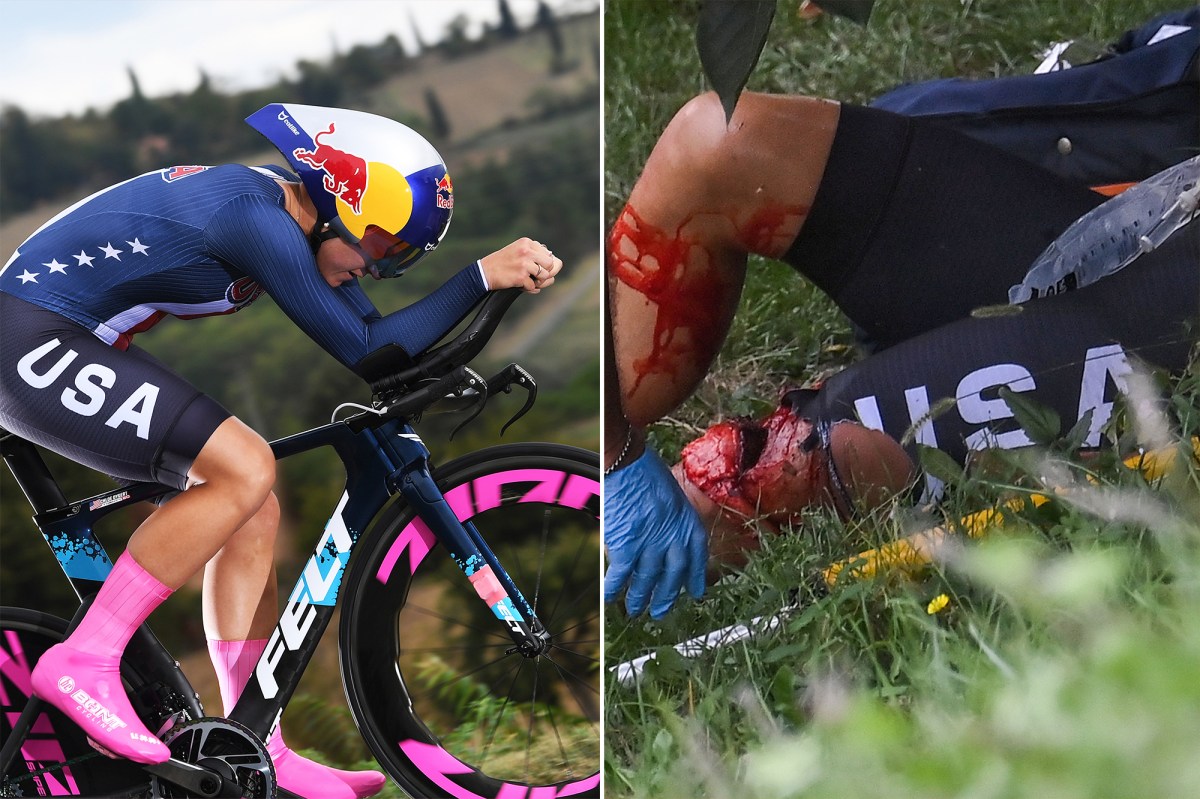 The 10-time world champion and 2016 Olympic silver medalist was in pole position for another title with less than half of her run in Imola, Italy remaining. But as Dygert rounded a turn, she lost control of her bike and hit a barricade, tumbling over into the grass at full speed.

Video of the incident shows at least some of the course’s barricades were covered with pads, but the padding ended before the spot of Dygert’s collision. She was conscious after the crash and was placed on a stretcher, eventually being taken to an ambulance with a badly bloodied knee.