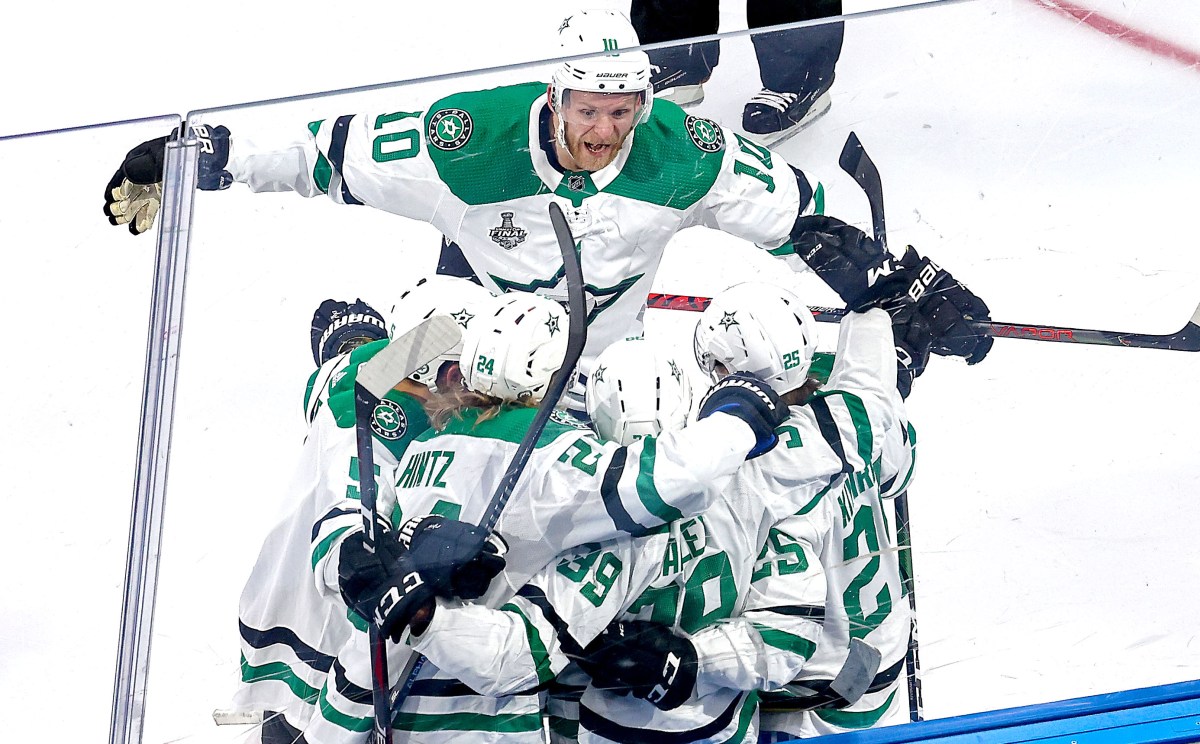 Joel Hanley had never scored a goal in the NHL until Game 1 of the Stanley Cup for the Stars.

Just another unlikely scorer this postseason for the Stars, like rookie Joel Kiviranta.

Hanley scored the first goal in this unusual Stanley Cup, and Kiviranta gave the Stars a two-goal advantage in the second period on way to a 4-1 win over the Lightning inside the NHL bubble in Edmonton on Saturday night.

A 29-year-old defenseman, Hanley has played 46 regular-season games for three teams over the past five seasons, never putting a puck in the net. That changed 5:40 into the Stars’ first Stanley Cup finals game since 2000 when he scored off a feed from Roope Hintz, who collected the puck after it was dislodged by Kiviranta’s hit on Brayden Point.

Hanley didn’t play this postseason until Game 7 in the second round against Colorado, the same game when Kiviranta had a hat trick which he finished off with the series-clinching goal in overtime. Kiviranta had scored only once in 11 regular-season games and appeared in just two postseason games before that.

Kiviranta has played every game since, and the young forward also had a game-tying goal with 3:37 left in regulation of the last clincher for the Stars: Game 5 against top-ranked Vegas on Monday, where Denis Gurianov scored in overtime to give Dallas a breather before te final.

The goal by Kiviranta in the final minute of the second period against Tampa Bay put Dallas up 3-1.

In between the goals by Hanley and Kiviranta was a nifty tiebreaking score by Jamie Oleksiak, a defenseman who scored on his own rebound. Oleksiak took his left-handed shot that ricocheted behind a defender, and then reached out with his stick to regain control of the puck and knocking it in.

That was Oleksiak’s fifth goal in 22 games this postseason, after scoring just three in 69 games during the regular season.