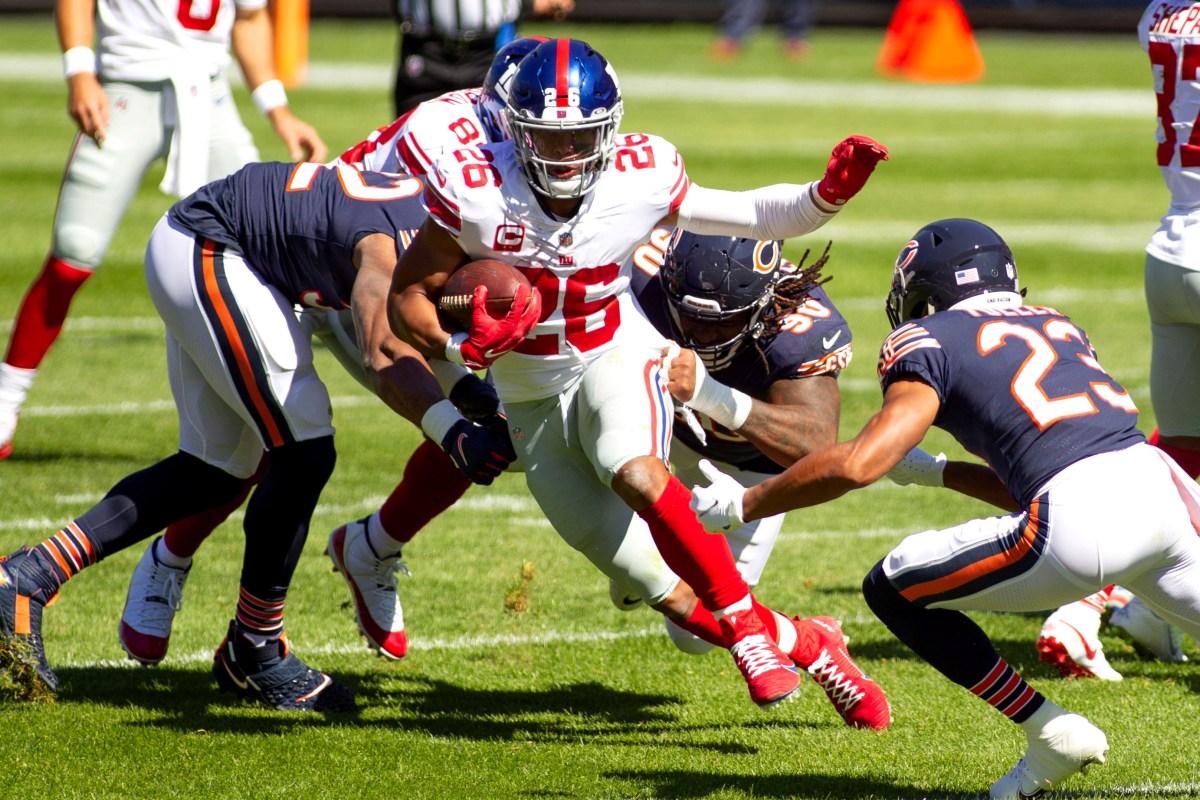 The Giants confirmed Saquon Barkley tore his ACL on Monday. Now the question is, when will he back?

The timeline recovery is usually around a year, but it differs from player to player. Other top running backs have suffered the same injury, with varying degrees of success upon their return. Here’s a look:

The most incredible recovery from the devastating injury came from another one of the most physically gifted players in league history. Returning from an ACL tear in just eight months, Peterson was named the 2012 NFL MVP, while running for the second-most yards in a single-season. The 35-year-old is currently with the Lions.

The former Chiefs star running back suffered an ACL tear in 2011, then returned one year later and earned three straight Pro Bowl honors. Charles retired following the 2018 season at the age of 32.

Gore fell to the third round in the 2005 NFL Draft after suffering two separate ACL tears in college, but became one of the most durable and successful running backs in league history. The 37-year-old, who started Sunday for the Jets, ranks third all-time in rushing yards.

The former Saints running back amassed 4,103 rushing yards in the three seasons prior to a 2005 ACL injury. McAllister ran for 1,057 yards in 2006, but suffered a second ACL tear the next season and finished playing in 2008.

A former first-round pick, Mendenhall had 3,309 rushing yards in his first full three seasons, before tearing his ACL in the final regular-season game of the 2011 season. Mendenhall played just 21 more games, while running for 869 yards, then retired at the age of 26.