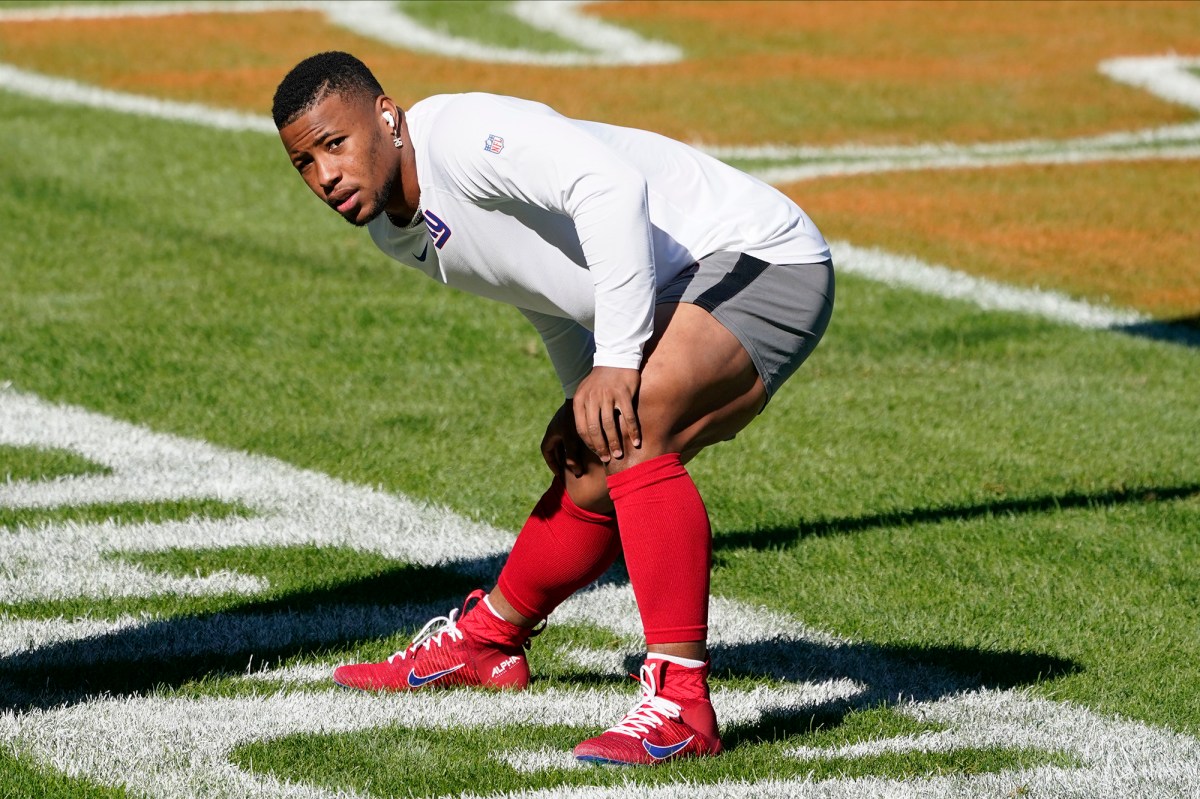 Giants star Saquon Barkley was carted back to the locker room Sunday to get X-Rays on a right knee injury that appeared to be serious.

Barkley was ruled out of the game and will undergo further evaluation Monday, according to the team.

Barkley was helped off the field by the training staff on the first play of the second quarter, without putting any weight on his leg. He went to the bench and buried his face in his hand for a moment.

Barkley tried to stand up and immediately sat back down as trainers continued to examine his knee. The next step was for him to hobble over to the cart — again putting no pressure on his leg — and ride off into the locker room.

As the cart disappeared, a trainer had his hand on Barkley’s right knee and the running back slammed his fist down in frustration.

Barkley took a shot at the end of an 18-yard run late in the first quarter but only missed one snap. He wasn’t back on the field for long as he fought through traffic and shoved out of bounds.

Barkley knew right away something was wrong. He stayed down on his chest out of bounds, unstrapped his helmet and pounced his fist into the turf.

The Giants already trailed 10-0 at that point and quarterback Daniel Jones committed his second turnover only moments later.