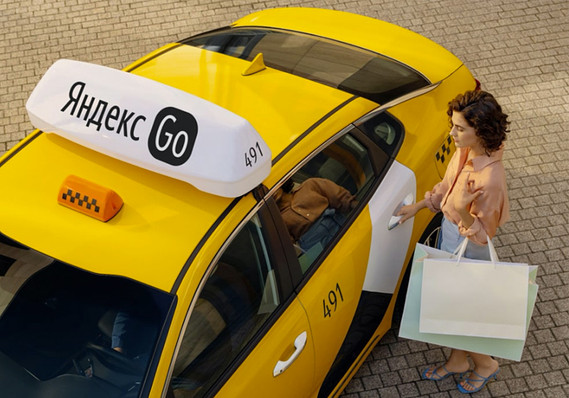 Shares in TCS Group Holdings rose almost 7% on Wednesday, after the Russian bank said it is in talks to sell its online bank Tinkoff to Russian technology giant Yandex for almost $5.5 billion.

The two companies said late on Tuesday they had come to an agreement in principle on a cash-and-shares offer that would value London-listed Tinkoff at $5.48 billion, or $27.64 a share. The offer represents an 8% premium over Tinkoff’s closing share price on Sept. 21.

Yandex YNDX,  stock, which is listed on Nasdaq, was set to rise for a second day running, with shares up almost 4% in premarket trading. The shares soared 12% on Tuesday after the talks were disclosed.

The proposed deal, which still needs to be completed, will reshape Russia’s banking and tech sectors, and will intensify competition with state-owned lender Sberbank’s ecosystem of ride-sharing and e-commerce.

Read:Russia’s Stocks Are a Buy Only for Very Patient Investors

In July, Yandex ended an e-commerce and payment joint venture with Russia’s largest state-owned bank Sberbank SBER, , which is headed by Chief Executive Herman Gref, after relations between the two companies deteriorated.

To help finance the deal, Yandex sold a stake in itself to investors including billionaire Roman Abramovich in June, as part of a public offering and concurrent private placement.

Yandex, often referred to as “Russia’s Google,” was co-created by its chief executive Arkady Volozh in the 1990s, and has grown from a search engine to providing services including ride-hailing, food delivery, music and video-streaming, and educational tech. It now has a bigger market share than Google GOOG,  in the country.

In August, Yandex announced the launch of Yandex Go, Europe’s first super-app, which will allow users to hop in a taxi, use car-sharing, make trips with a personal driver, or take advantage of routes and schedules of aboveground transportation. It will also offer quick delivery of restaurant meals and groceries, as well as packages and cargo delivery.

One month later, Yandex announced that it is spinning out its self-car driving unit from MLU, a ride-hailing and food delivery joint venture it operates in partnership with Uber UBER, . Yandex will increase its stake in the new company (Yandex SDG) to 73% and invest an additional $150 million in its future development

Tinkoff is the second-largest card provider in Russia and one of the world’s largest digital banks, with more than 11 million customers across Russia.

Mikhail Terentiev, head of research at Sova Capital brokerage based in London, said the proposed deal is a “win-win” for both companies. “From Yandex perspective, TCS’ valuation looks reasonable, and its takeover should create a vast scope for synergies, cross-selling and product bundling, solidifying the united company’s competitive positions,” Terentiev wrote in a research note.

He added: “One question is whether VTB would play any role in Yandex’s financial services business and what impact this could have.”

Analysts at Jefferies questioned the logic of the proposed deal. “Why buy a bank holding (which is fundamentally a different business model) and not partner with one (and benefit from the high “platform margins”)?” they wrote in a research note.

Oleg Tinkov, the founder and one of the main shareholders of Tinkoff, is in London awaiting extradition hearings to the U.S. after the Justice Department in March charged him with filing false tax returns.

The Justice Department indictment alleges that following TCS’ initial public offering (IPO) on the London Stock Exchange in October 2013, Tinkov underreported his assets and income by more than $1 billion. The indictment further alleges that three days after the IPO, Tinkov renounced his U.S. citizenship.

In emailed comments provided by his spokesman in March, Tinkov explained why he had not appeared in public in light of the current legal proceedings. “While I would have preferred to avoid any disclosure on this topic, the time has come to disclose that I have acute leukemia,” he said.

“With respect to the U.S. issues relating to my taxes from the past, I have hired lawyers to work on this issue, leaving me to focus on my main battle,” he added, referring to his health.

Tinkoff said the proposed takeover would be subject to Cypriot law, where the bank is based. Yandex shareholders will also be required to vote on the deal.