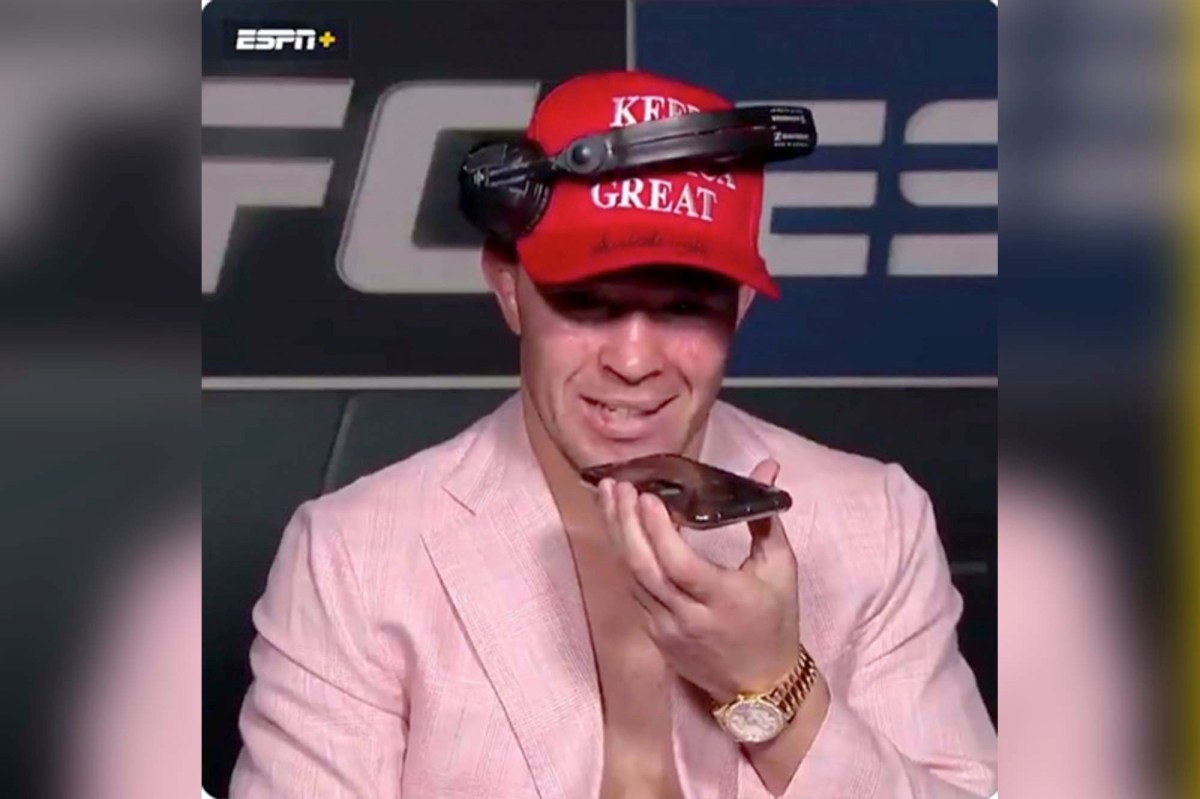 The fighter, a vocal Trump supporter, was in the midst of a post-match interview when he was handed the phone and told the commander in chief was on the line.

“Oh, the POTUS is calling me!,” Covington said, putting Trump on speakerphone.

“You are a great fighter,” Trump said on the line. “You make it look so easy. I don’t know how you do it. Congratulations, I wanted to watch that fight tonight. You were great.”

Covington attended Trump’s rally last weekend and Nevada and posted a video on Instagram with the president to promote his fight against Woodley.

“Thank you, Mr. President,” Covington said. “You gave me the dragon energy when you shook my hand on Sunday at your rally.”

The president said he managed to wrap up his rally Saturday night in North Carolina in time to watch the bout.