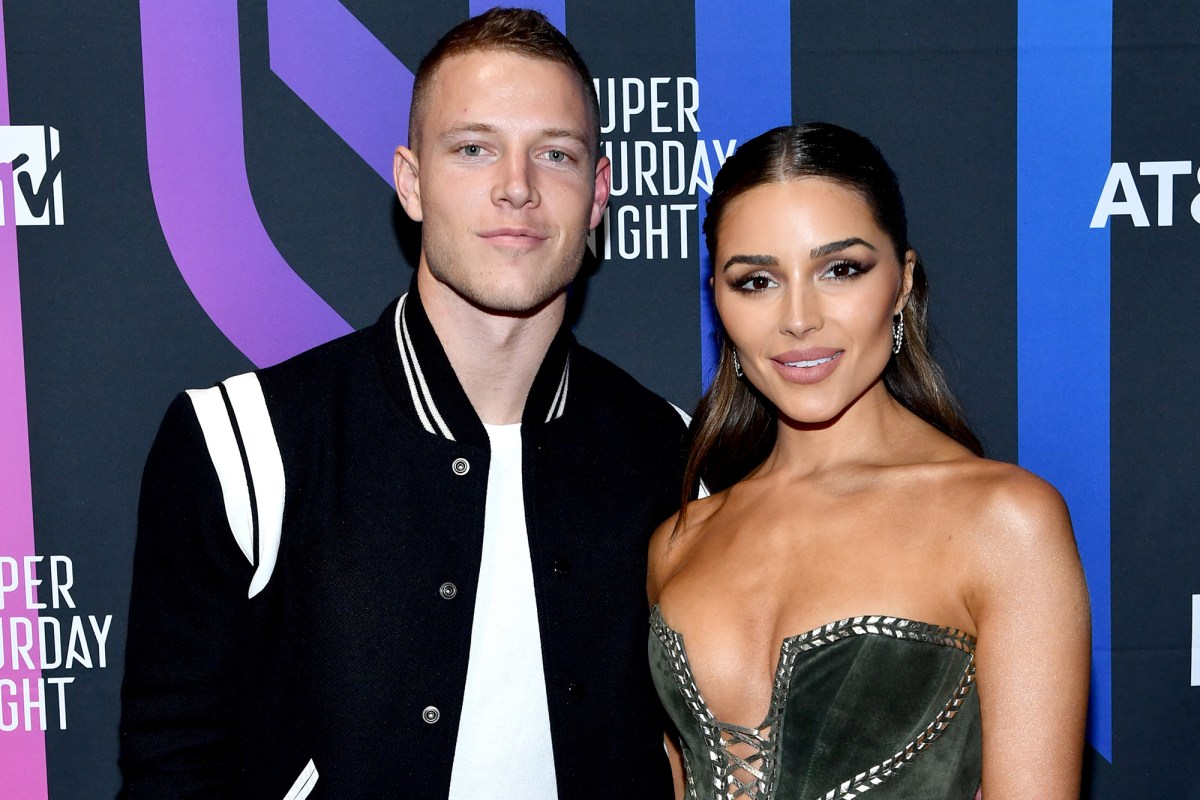 Olivia Culpo has nothing but “love” for boyfriend Christian McCaffrey.

On Monday, the Carolina Panthers running back posted an emotional message to Instagram, one day after sustaining a high ankle sprain in Sunday’s loss to the Tampa Bay Buccaneers.

“It’s easy to have faith when everything is going well. But a true soldier has faith in times of adversity,” McCaffrey began. “Tough times don’t last, tough people do.”

McCaffrey, who is expected to miss four-to-six weeks, said he is also thinking of other NFL athletes that were injured in Week 2, including New York Giants running back Saquon Barkley, now out for the season with a torn ACL.

“I pray for all of the guys who suffered injuries across the league for speedy recoveries, and I want to send my prayers and condolences to @sweetfeet and his family during this tragic time,” he continued, also calling out New England Patriots running back James White, whose father died in a car crash Sunday. His mother is reportedly in critical condition.

Culpo was among McCaffrey’s 1.4 million Instagram followers who reacted to the powerful post, commenting, “I love you!!!!!!!”

McCaffrey, 24, and Culpo, 28, were first linked last spring and have been dating for over a year. To kick off the first week of the NFL, Culpo posted steamy snaps of the couple from a summer vacation.