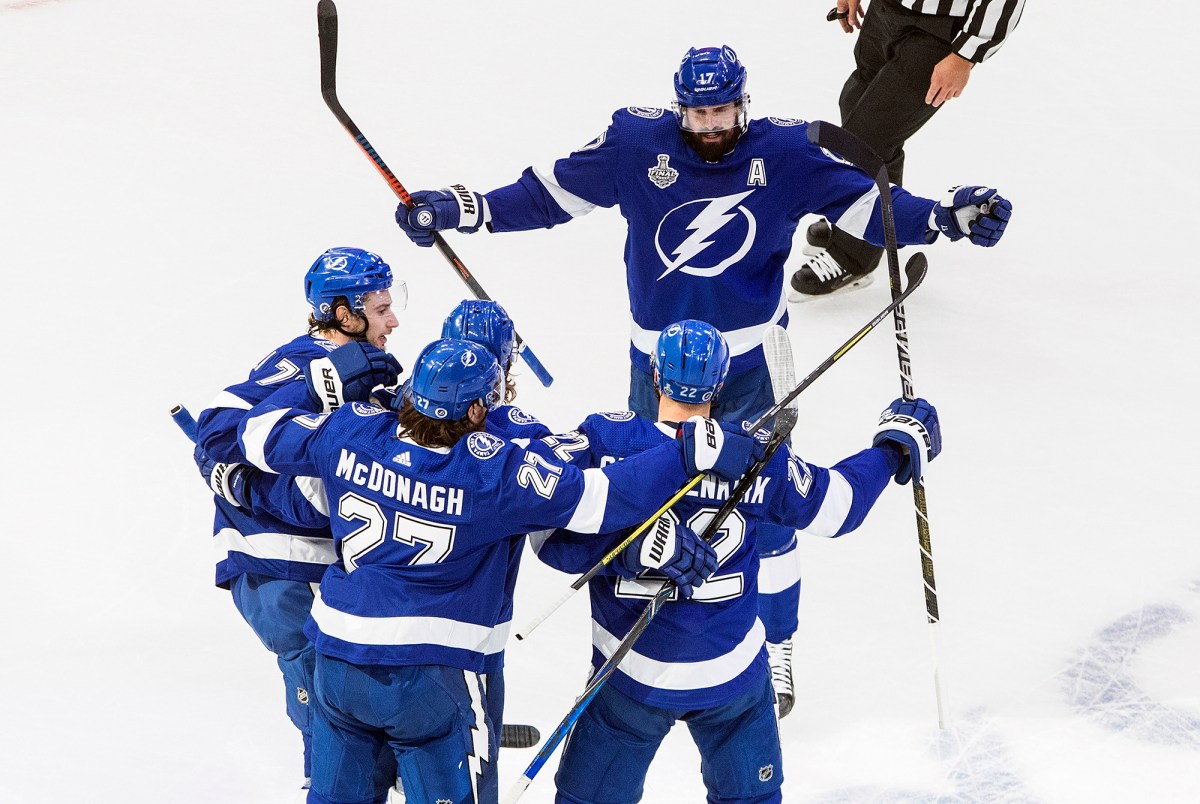 EDMONTON, Alberta  — Nikita Kucherov and the Tampa Bay Lightning got themselves up off the ice to get even in the Stanley Cup Final.

Kucherov had the primary assists on power-play goals by Brayden Point and Ondrej Palat in the first period before Kevin Shattenkirk scored and the Lightning held on for a 3-2 victory over the Dallas Stars to win Game 2 on Monday night.

Those three goals came in a span of four shots in less than four minutes against Anton Khudobin, who made a Stanley Cup Final-record 22 saves in the third period for the Stars in their 4-1 win in Game 1 two nights earlier. Game 3 is Wednesday night.

Joe Pavelski and Mattias Janmark scored for Dallas on passes from John Klingberg, with Alexander Radulov also assisting on both.

Kucherov left the bench momentarily early in the game after slamming hard into the boards on a collision with defenseman Jamie Oleksiak after trying to block a shot. Kucherov had already ended up on the ice twice before, when he was popped by Dallas captain Jamie Benn and when he drew a high-sticking penalty against Janmark.

On their second power play in Game 2, the Lightning cycled the puck to set up Kucherov’s pass to Point to open the scoring 11:23 into the game. Three minutes later, soon after Khudobin slid over to stop Kucherov’s one-timer, Palat finished a nice passing sequence, taking advantage of a half-open net. Victor Hedman had the secondary assist on both of those goals.

It was the first time in seven games Tampa Bay scored the opening goal.

Tampa Bay had failed to score on its previous 14 power-play chances with the man advantage, since Game 3 of the Eastern Conference finale, until the Kucherov-assisted goals.

Dallas finally got on the board on a power play with 5:17 left in the second. Klingberg took a shot from near the blue line, and Pavelski redirected the puck with his raised stick even with Ryan McDonagh all over him in front of the net.

In the third period, Klingberg was in the right circle, when instead of taking a shot as Vasilevskiy expected, passed to the stick Janmark, who had charged and suddenly stopped behind Shattenkirk just beyond the crease to score.

The Lightning looked to have another goal, and a two-goal lead, with just under 11 minutes left when Mikhail Sergachev shot from the point and got the puck through traffic past Khudobin. But Dallas interim coach Rick Bowness challenged that Tampa Bay was offside, and replay clearly showed that Blake Coleman was.

Late in the second period, Pat Maroon decked Khudobin after taking a shot and got a goalie interference penalty. Earlier in the shift, McDonagh knocked Blake Comeau down and out with a questionable hit. Corey Perry and Cedric Paquette go at it, with Perry putting him in a headlock before an angry Paquette flipped him over.