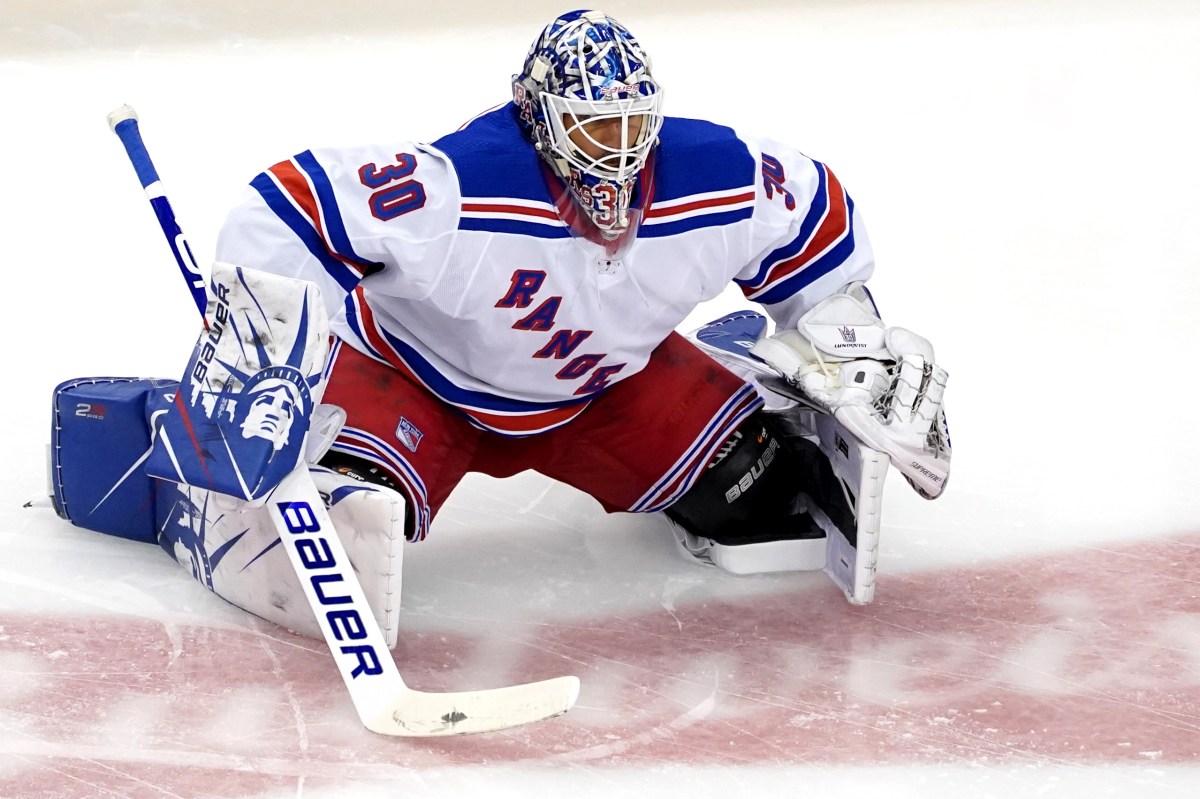 The NHL’s first buyout window opens this coming Friday, Sept. 25, at 5 p.m. and closes at the same time on Oct. 8. But that does not necessarily mean that Henrik Lundqvist’s immediate fate will be determined during that period.

That is because the Rangers will have a second buyout opportunity of 24 hours two days after the club’s final settlement or award on salary arbitration filings. The Blueshirts would expect Tony DeAngelo, Ryan Strome, Alex Georgiev, Brendan Lemieux and perhaps Phil DiGiuseppe to file unless traded beforehand. Arbitration hearings will be held between Oct. 20 and Nov. 8.

So the hierarchy and Lundqvist both still have time. In this instance, they should use it. Because the goaltending situation around the league will be much clearer in late October and early November than it will be over the next few weeks before the Oct. 9 opening of the free agent market.

Once the musical-chair goaltending carousel — that could include trade targets Darcy Kuemper, Marc-Andre Fleury, Matt Murray, Frederik Andersen and Jonathan Quick as well as pending free agents Anton Khudobin, Braden Holtby, Jacob Markstrom, Thomas Greiss, Corey Crawford, Cam Talbot, Ryan Miller, et al. — slows down, Lundqvist is likely to have a much better idea if there is a team for which he is a match.

The Rangers will accrue knowledge, as well, and perhaps would be able to make a trade to a targeted team that would be beneficial to the cap both for 2020-21 and 2021-22. If the Blueshirts could trade the 38-year netminder while retaining $4.25 million (50 percent) of his $8.5 million cap hit instead of buying him out, the club would save $1.25 million against the cap this year and, equally as important, a looming dead space charge of $1.5 million the following season.

It is possible the Rangers might have to add a sweetener in terms of a prospect or a draft pick to complete a trade. The Blueshirts own nine 2021 picks: seven of their own plus Buffalo’s third-rounder and Carolina’s fourth. The team does have inventory.

But if more than one team expresses interest in Lundqvist, and both have appeal to the Swede with the no-move clause, the Blueshirts could have some leverage. Remember, though, Lundqvist would be eligible to sign an over-35 contract laden with bonuses, so interested parties could back off until he becomes available as a free agent following a buyout.

There is little question Lundqvist and the Rangers will part ways after 15 seasons. There has been no announcement, of course, but this outcome has been obvious for months. And it is not necessarily about the cap, for much of the savings on a buyout or a trade will be swallowed up by the increase merited by Georgiev.

If the Blueshirts had wanted The King to be Igor Shesterkin’s backup this year, he would have been Shesterkin’s backup last season. Instead, as if anyone should need a reminder, Georgiev started 10 of the final 19 games while Shesterkin started eight (sidelined twice by injuries) and Lundqvist started once. Yes, Lundqvist did start the first two games of the qualifying round against Carolina while Shesterkin was dealing with a third different injury (one sustained in an auto accident), but that represented a unique circumstance.

It is unknown whether Lundqvist would seek to continue his career somewhere else as a backup for a legit Cup contender if an opportunity to compete for the No. 1 job does not present itself. But that is not a decision that he must make now, or over the next two or three weeks.

If there is no trade, and the Rangers do buy him out during the second window, Lundqvist conceivably could wait for months to make a decision, with the likelihood that this next season won’t begin until the calendar flips to 2021.