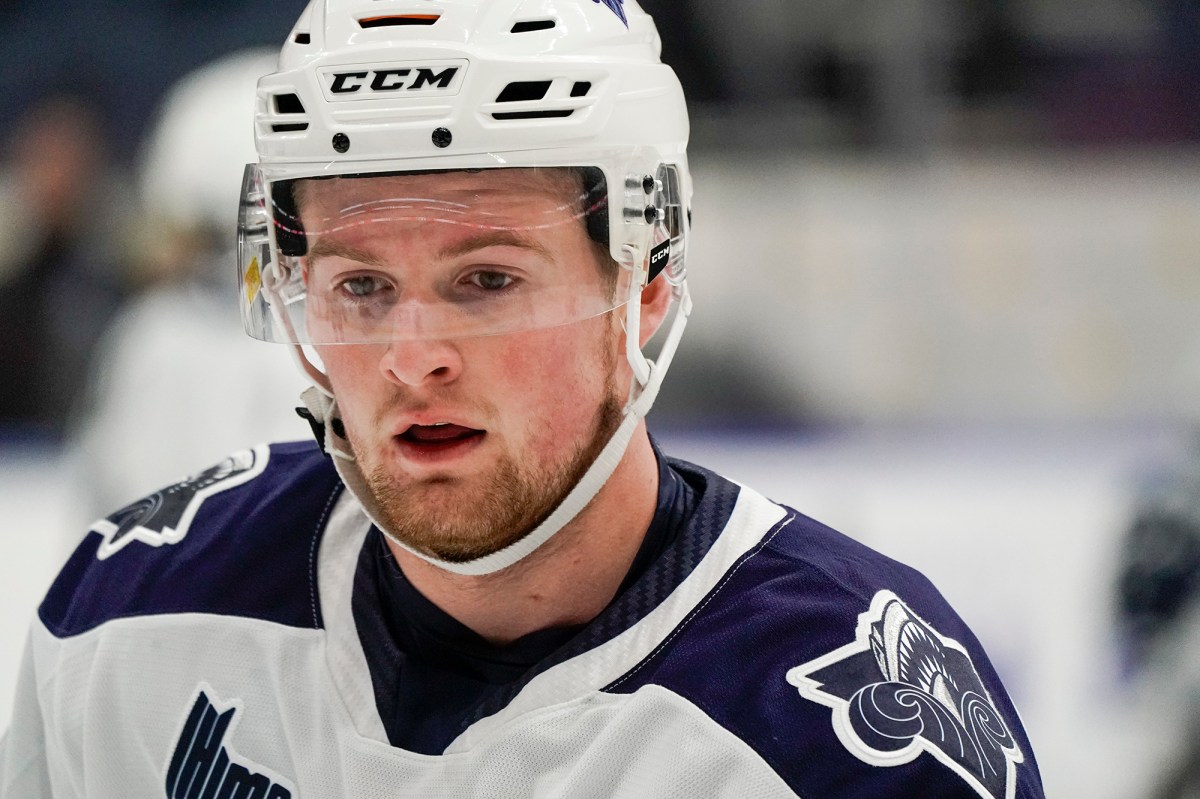 There’s an endearing modesty about Alexis Lafreniere, the projected No. 1 pick in the upcoming 2020 NHL Draft.

As the coronavirus pandemic wreaked havoc on the NHL’s schedule, forcing the league to complete the 2019-20 season in a bubble setting and postpone the draft until October, Lafreniere has had to wait even longer for the night he’s dreamt of all his life.

Additionally, as a result of the pandemic, this draft night will look a lot different than the 18-year-old ever imagined. But even though the Rangers — who won the first-overall pick following an early exit in the qualifying round of the playoffs — are expected to call his name on Oct. 6, Lafreniere says he’s waiting to see what happens just like the rest of us.

“It’s been a pretty long wait, couple months I’ve been waiting, didn’t know what to expect,” Lafreniere said Thursday on the league’s Zoom call with the top eight prospects in the draft.

“But it’s coming pretty soon, and for sure, the Rangers are a really big organization and really good team, really good young team, so we’ll see what happens, but it’s a really exciting team for sure.”

The 6-foot-1 left winger said he plans to watch the draft with his family and friends from his home. Until then, Lafreniere has been enjoying the Stanley Cup final between the Stars and Lightning.

Asked who he would award the Conn Smythe Trophy, given annually to the most valuable player of the Cup final, Lafreniere said he would go with Dallas’ Miro Heiskanen or Tampa Bay’s Brayden Point.

It was easy to see how highly Lafreniere thinks of those two players and how much he’s thought about competing against such high-caliber skaters. And he’ll soon have the chance, as the league aims to begin the 2020-21 season in December.

There’s at least one former teammate of Lafreniere’s who expects his play to speak for itself. Quinton Byfield, the No. 2-ranked North American skater behind Lafreniere who was also on the call Thursday, explained how he got to know Lafreniere during their time winning gold for Canada at the 2020 World Junior Championships and playing against one another at the CHL/NHL Top Prospects game in January.

“He’s a really nice guy off the ice,” Byfield said. “We talked quite a bit at World Juniors, just about our experiences, and he was just giving me feedback on what he’s gone through and what I’ve gone through as well. I think we became pretty close over those couple of experiences.”

“His play speaks for itself on the ice, he’s an exceptional player, and he can do everything super good.”

As much as Lafreniere attempted to take the “we’ll see” approach, he could not escape the pressing questions about potentially moving to the big stage of New York. He noted that it was one of the biggest cities in the world and that he would be “really excited” to go there.

But when asked about the possibility of playing alongside Artemi Panarin, who he said was his favorite player during the 2019-20 season, Lafreniere was in awe of the idea.

“To maybe have the chance to play with him, it would be an honor and, for sure, really special for me,” he said. “I would for sure try to learn as much as I can from him.”