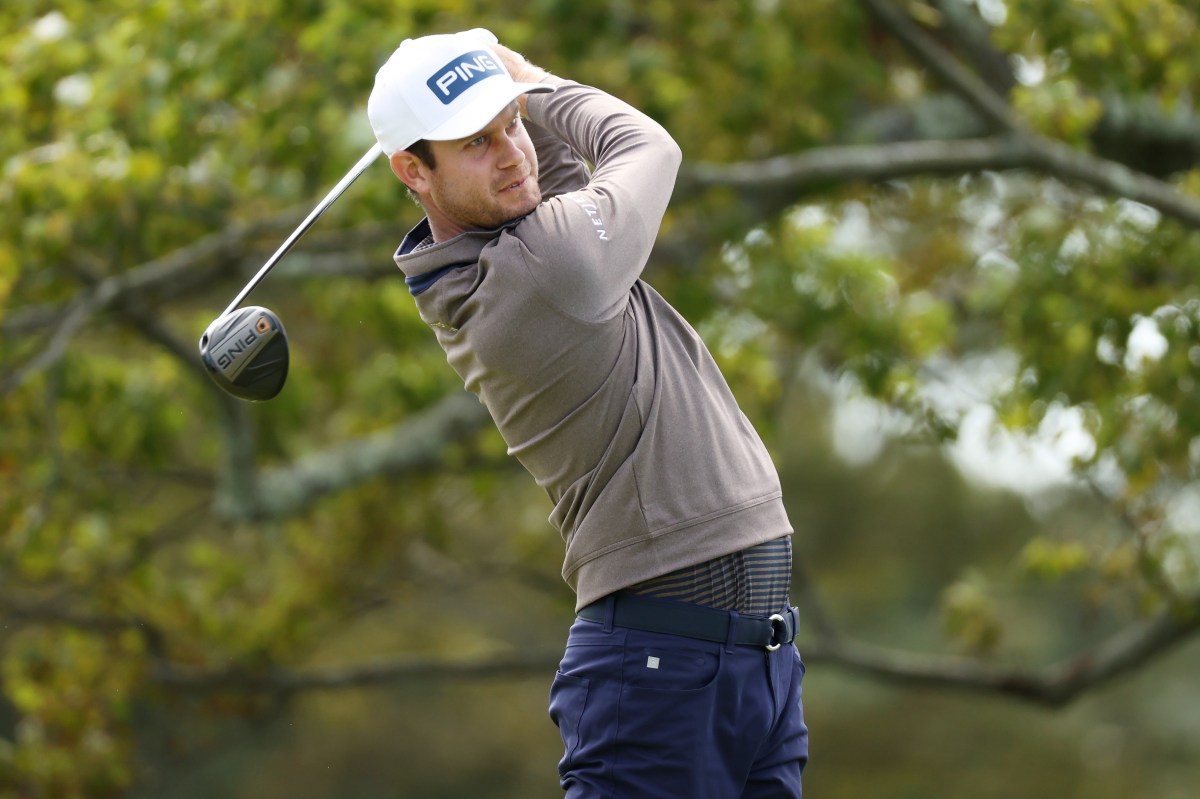 Harris English doesn’t generally lose his temper. He might be one of the most even-tempered players on the PGA Tour.

But on the first hole of the U.S. Open final round Sunday at Winged Foot, where he began the day with an outside chance at even-par, four shots out of the lead, English was ticked off.

And he had a right to be.

English missed his tee shot into the left rough and, despite the USGA having spotters whose job it is to find errant shots, no one could find the ball within the three-minute search rule.

English had to go back to the first tee and hit another tee shot and ended up taking a double bogey and was visibly upset.

It left him six shots out of the lead with little chance to catch up to eventual winner Bryson DeChambeau. English closed with a 73 to finish 3-over for the week and in fourth place.

“It was just such a weird start, losing the ball in the rough on the first hole,’’ English said. “I’ve never had that happen before, but you’ve got to kind of reset, restart. I saw it hit off the tree. It hit the very right side of the tree and saw it bounce. I really thought it was in the walkway.

“There’s eight to 10 volunteers standing right by the tree. I didn’t think anything of it — of they’re not going to find it. Then we get up there, and everybody’s looking around and have no idea where it is.’’

John Pak, the 21-year-old amateur from Scotch Plains, N.J., was awarded the medal for low amateur. One day after shooting 79, he finished with a 74 on Sunday, though he was going to be low amateur regardless of what he shot (18-over) because he was the only amateur among the 13 in the field to make the cut.

“That means so much to me,’’ Pak said. “The U.S. Open is the biggest championship in golf and just to be standing with [the winner] and to be behind some of the other low Ams that have done this previously, that’s incredible, and it’s a great feeling.

“I’ve never played in anything like this, a golf course this hard, a competition this tough,’’ Pak went on. “It just proves that all this hard work that I’ve done is finally paying off, and it shows that my game is at a point where I can try and compete against the best players in the world.’’

Despite no family or friends permitted at the event, which did not allow spectators, the USGA gave passes to Pak’s parents so they could come from New Jersey to watch him Sunday.

“They’ve been my biggest supporters my whole life,’’ he said. “For them to get out there and watch it, I felt that was really special.’’

Justin Thomas, who led the tournament after the first round, closed with a 72 on Sunday and finished 6-over wondering what might have been.

“It’s an unbelievable golf course — for sure my favorite U.S. Open venue I’ve played,’’ Thomas said. “I’m pretty disappointed in how I finished the week. I hit it just terribly the second and third rounds.’’

Asked what’s next for him, Thomas said, “I don’t know. I mean, I want to break everything in sight right now, so golf is the last thing on my mind.’’

No. 1 ranked Dustin Johnson never made a run this week, finishing 5-over after shooting 70 on Sunday.

“I struggled on the greens a little bit — that was probably the biggest thing for me is just didn’t hole enough putts,’’ Johnson said.