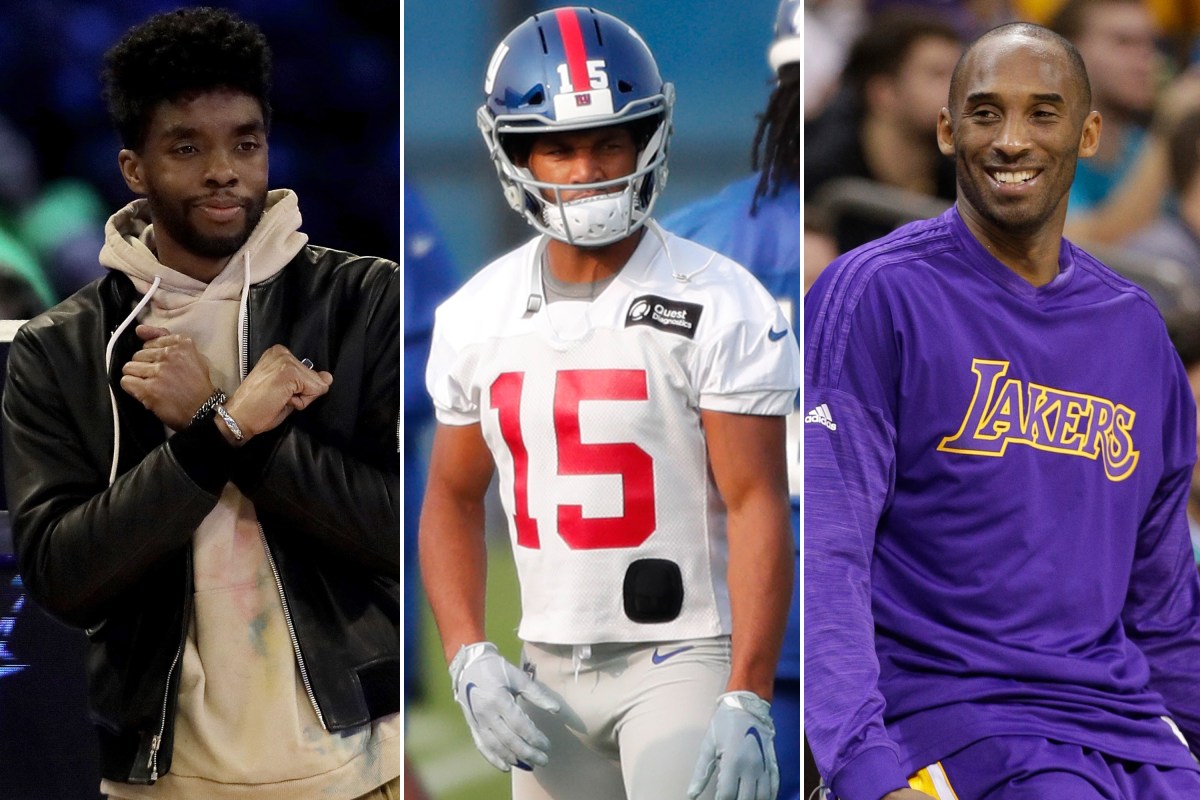 Tate unveiled in Sunday’s Giants pregame warm-ups new Nike “Forever” cleats with facial images of Los Angeles Lakers great Kobe Bryant and actor Chadwick Boseman. Both the basketball star and the actor who portrayed Jackie Robinson in the movie “42” in one of his many prominent roles died earlier this year.

The cleats are white with black-and-white art.

After missing the season-opener with a hamstring injury, Tate was activated to play against the Bears, meaning quarterback Daniel Jones has the full supporting cast of Tate, Sterling Shepard, Darius Slayton, Evan Engram and Saquon Barkley available in the same game for the first time in his 14 career starts.

Custom cleats only are permitted under NFL rule during warm-ups and must be standardized once the game starts, with the exception of one week during the season when players order special designs to recognize a charity or cause.