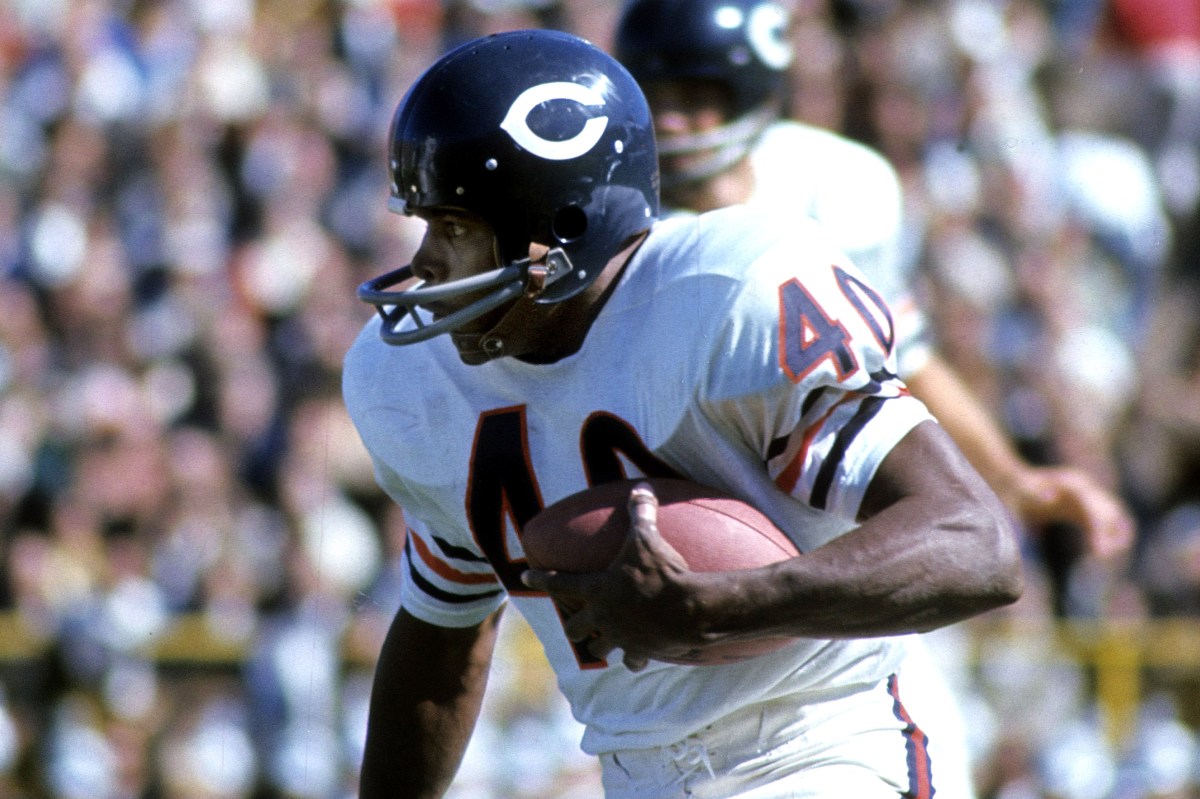 Gale Sayers, the Chicago Bears Hall of Fame running back known as the “Kansas Comet,” has died at the age of 77, according to the Pro Football Hall of Fame, after battling dementia.

“All those who love the game of football mourn the loss of one of the greatest to ever play this Game with the passing of Chicago Bears legend Gale Sayers,” Hall of Fame president and CEO David Baker said in a statement. “He was the very essence of a team player — quiet, unassuming and always ready to compliment a teammate for a key block. Gale was an extraordinary man who overcame a great deal of adversity during his NFL career and life.”

A two-time All American at Kansas, Sayers was selected No. 4 overall by the Bears in the 1965 NFL Draft. He won Rookie of the Year and earned All-Pro honors five times. He won the Comeback Player of the Year award in 1969 after blowing out his knee the previous season, stunning those who thought he’d never play again. Sayers finished his career with 4,956 yards rushing and 56 total touchdowns, and was inducted into the Hall of Fame in 1977.

Sayers’ friendship with teammate Brian Piccolo, who died of cancer at 26 in 1970, inspired the movie “Brian’s Song.”