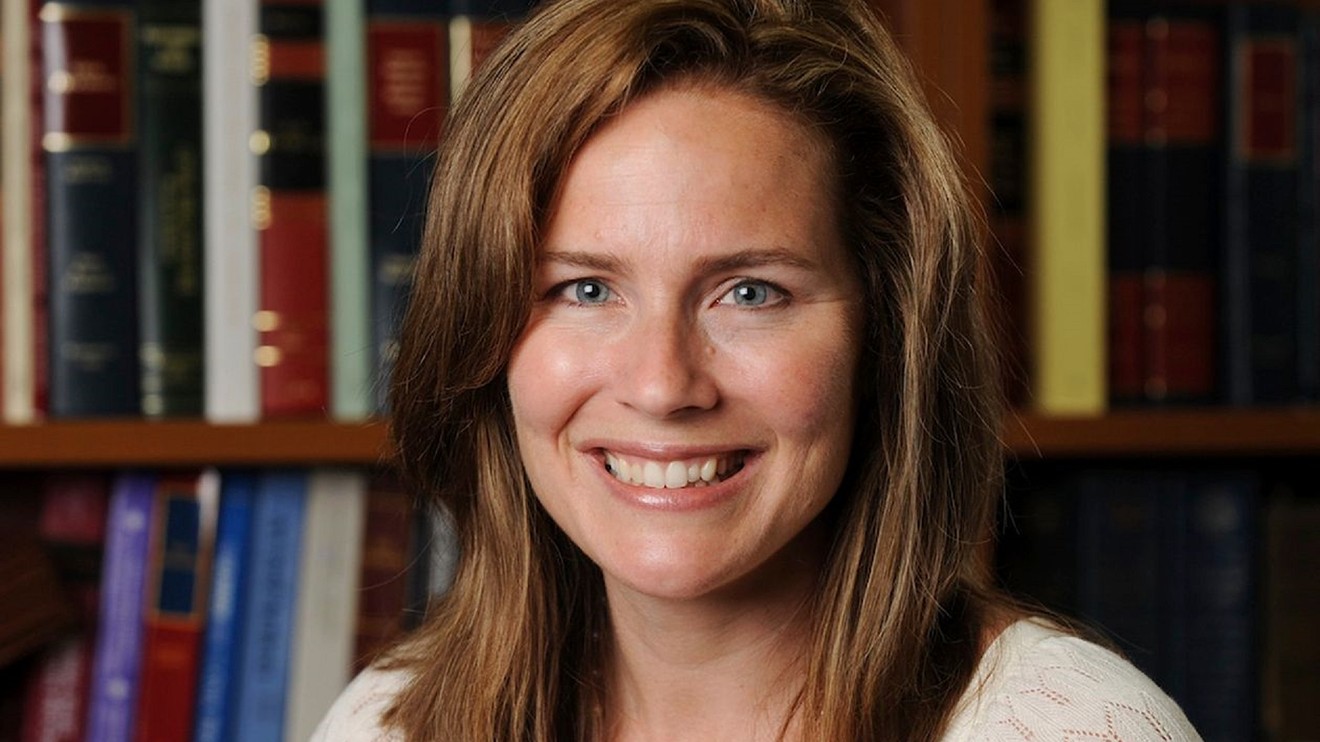 Coney Barrett, who was appointed to her current position in the federal appeals court in Chicago by President Trump in 2017, was named as the likely top pick in early handicapping by three sources talking to NBC News. A separate report from Bloomberg News also listed the 48-year-old judge as the leading contender, although still in a large field.

Trump in a tweet Saturday urged the Republican-led Senate to consider “without delay” his upcoming nomination to fill the Supreme Court vacancy with just six weeks remaining before the election. The White House as of Saturday afternoon had not made any nomination official, nor set a timeline. But the administration was likely moving quickly to select a nominee, the Associated Press reported, before the first presidential debate scheduled for 10 days from Saturday.

Senate Majority Leader Mitch McConnell, the Kentucky Republican, vowed on Friday night, just hours after the liberal Bader Ginsburg’s death, to call a vote for Trump’s upcoming nominee. Democrats countered that Republicans should follow the precedent that GOP legislators set in 2016 by refusing to consider a Supreme Court choice advanced by Barack Obama in the run-up to that year’s presidential election. The high court had a 5-4 conservative majority prior to Ginsburg’s death.

Coney Barrett was on the shortlist in 2018 to replace retiring Justice Anthony Kennedy. Trump ultimately selected Brett Kavanaugh for that vacancy.

Republicans favoring Coney Barrett’s potential nomination cited her 2017 appeals court confirmation hearing performance as a strong indication that she might survive another round of questioning in which her religious beliefs, and whether they might cloud legal judgment, is likely to emerge, the sources told NBC.

Critics have pointed to the judge’s writings, in which she raised questions about the importance of respecting precedent and referred to “unborn victims” of abortion.

At the time of the appeals court hearings, Sen. Dianne Feinstein, the California Democrat, told the nominee, “The dogma lives loudly within you, and that’s a concern.”

Barrett responded then: “It’s never appropriate for a judge to impose that judge’s personal convictions, whether they arise from faith or anywhere else, on the law.”

In a 2013 article in the University of Notre Dame’s quarterly alumni magazine, Coney Barrett is paraphrased as saying the landmark abortion ruling Roe v. Wade — which a majority of Americans back, polls show — has created “through judicial fiat a framework of abortion on demand.”

She later said the primary controversy for her lies with public versus private funding.

Opinion:Ruth Bader Ginsburg played a pivotal role in the women’s-rights era — and that was before she joined the Supreme Court

Democratic presidential contender Joe Biden, for his part, has not released a list of specific people he’d nominate for a Supreme Court spot if the decision for replacement falls to him should he prevail and a Senate majority shift come November. But Biden’s promise to nominate a Black woman to the court if he has the opportunity in many ways narrows the field. Biden said in late June that work on his list was underway.