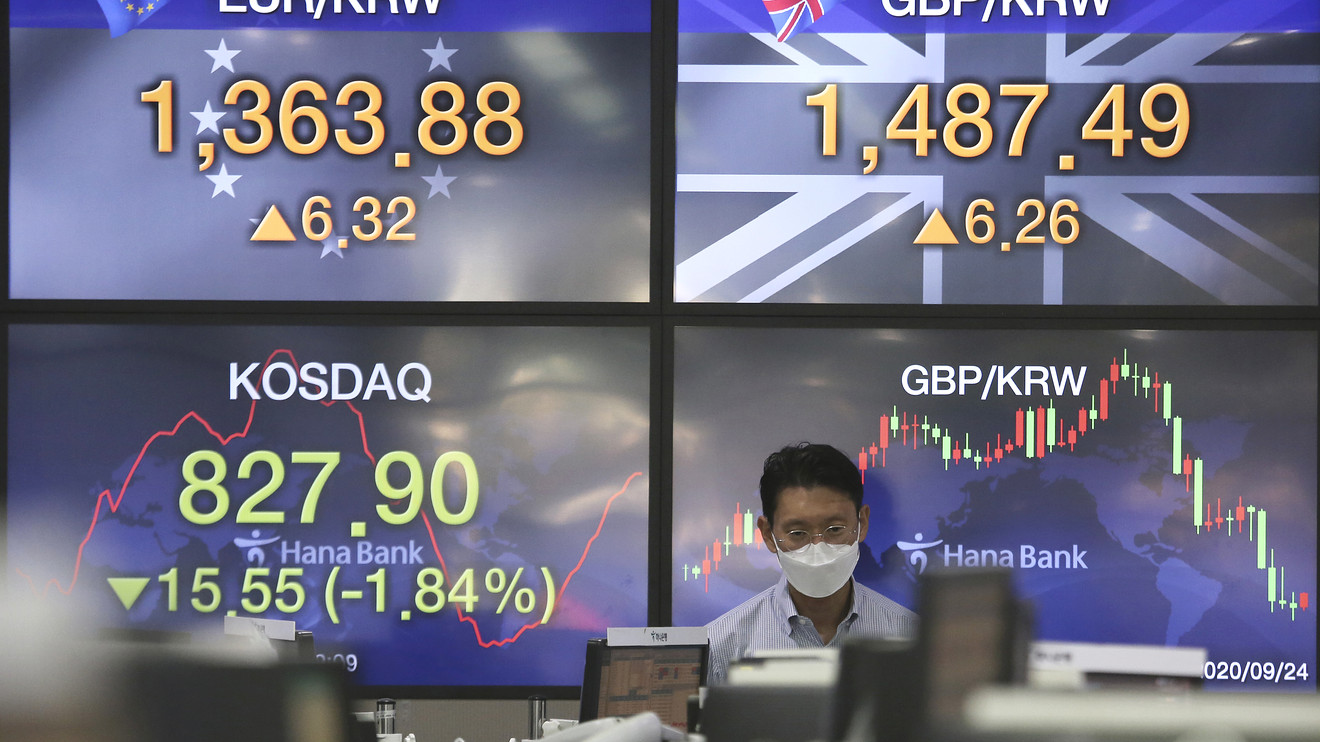 Asian shares were mostly lower Thursday as caution set in after a retreat on Wall Street driven by a decline in technology shares.

Market players are feeling less optimistic about action from the U.S. Federal Reserve and Congress to help the U.S. economy amid the distractions of the presidential election and the battle over the Supreme Court seat left vacant by the death of Justice Ruth Bader Ginsburg.

Risks of a broader selloff of technology shares after a long due correction, Hayaki Narita at Mizuho Bank in Singapore said in a report.

“Add to that, the growing severity of ‘second wave’ risks in Europe, with the U.K. and France seeing a worrying escalation in new cases,” in addition to flare-ups in the U.S., Canada and elsewhere, he said.

Wall Street experienced more whiplash Wednesday as stocks closed broadly lower, wiping out gains from the day before. The S&P 500 SPX,  fell 2.4% to 3,236.92, erasing an earlier gain. The widespread selling accelerated in the afternoon, though technology stocks accounted for the biggest losses. The decline deepens the benchmark index’s September slide to 7.5% after a five-month rally.

Apart from worries over the pandemic and politics, Big Tech stocks like Apple AAPL,  and Amazon AMZN,  have been at the center of the market’s big swings. They soared on expectations that their growth will only strengthen as the pandemic accelerates work-from-home and other trends favoring digitization. But they began falling early this month amid fears that they had grown too expensive.

Johnson & Johnson JNJ,  rose 0.2% as it began a huge final study to try to prove if a single dose COVID-19 vaccine can protect against the coronavirus. A handful of other vaccines are already in final-stage studies, and investors increasingly expect one to be available within the first three months of 2021. The hope is that it can help revive the economy and spur strong growth.

Part of this week’s early stumble for stocks was due to worries about European governments imposing tougher restrictions on businesses to slow the spread of the coronavirus, which hurt travel-related companies in particular.