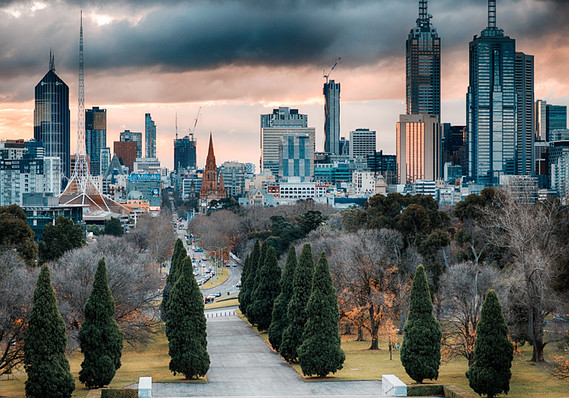 Asian markets were mostly lower on Wednesday as investors kept a wary eye on how the coronavirus pandemic will affect the economic outlook.

Overnight, the S&P 500 SPX,  gained 1.1%, ending a four-day losing streak amid a raft of worries about the pandemic and how governments are responding to it.

The head of the Federal Reserve, Jerome Powell, is pressing Congress for more aid to support the economy’s recovery, citing worries over the lingering impact of the pandemic.

“In fact, even as Fed Powell has sounded caution about the strength and steadiness of a recovery — contingent on ‘keeping the virus under control’ — the wider Fed positioning is not one of unbridled pipeline stimulus. And this may limit follow-through rallies in asset markets,” Mizuho Bank said in a commentary.

That was despite a renewal of lockdowns to battle coronavirus outbreaks in Melbourne and its surrounding Victoria state.

“The resilience of sales in Victoria underlines that people’s behavior is a more important driver of consumption trends than government restrictions,” Thieliant said.

Overnight, stocks on Wall Street shrugged off an early slide, halting their first four-day losing streak since the market was selling off in the early days of the pandemic.

The S&P 500 climbed 1.1% to 3,315.57, led by solid gains in technology and communications stocks, and companies that rely on consumer spending. Banks, health-care and energy stocks closed lower.

The gains helped the market recover some of its losses a day after stocks tumbled amid a raft of worries about the pandemic and governments’ response to it.

Wall Street has lost momentum following months of powerful gains that brought fresh record highs. The benchmark S&P 500 index is down 5.3% so far this month, while the Nasdaq is off nearly 7%. A long list of concerns for investors has caused big swings in the market, from worries that stocks have grown too expensive to frustration about Congress’ refusal so far to deliver more aid to the struggling economy.

The Federal Reserve chair pressed Congress to act on additional aid for the economy during a House of Representatives committee hearing Tuesday, saying that the economy appears to be improving, but still likely needs more government stimulus. Extra weekly unemployment benefits and other stimulus that Congress approved in March have expired, and some areas of the economy have already slowed as a result.

Among other concerns for investors are rising tensions between the United States and China, which could lead to a Chinese retaliation against U.S tech companies, as well as the upcoming U.S. elections and all the changes in tax policy and regulations they can create.

Traders also bid up shares in homebuilders after the National Association of Realtors said that sales of previously occupied U.S. homes rose 2.4% in August to their highest level since 2006. Sales are up 10.5% from a year ago and back to pre-COVID-19 levels of early 2020.

Among the biggest gainers was builder D.R. Horton DHI, , which rose 4.7%.