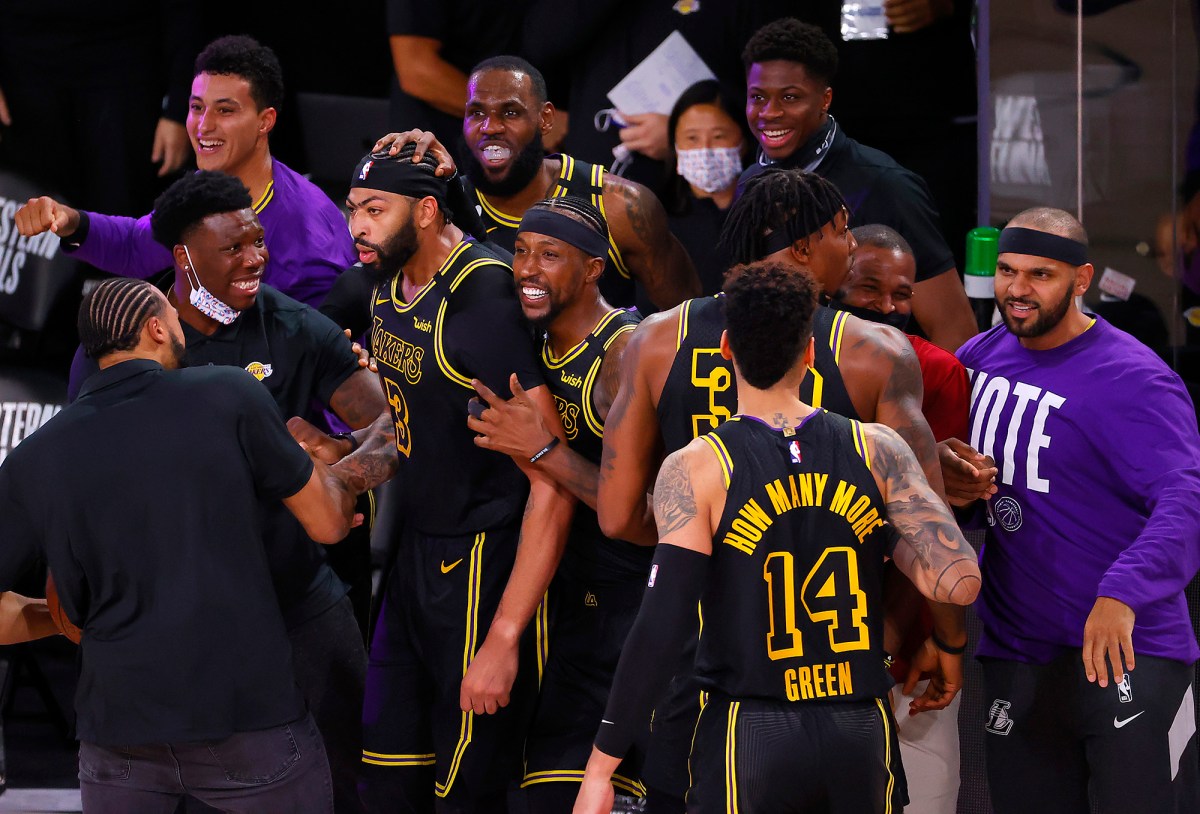 Anthony Davis’ 3-pointer at the buzzer lifted the Los Angeles Lakers to a 105-103 victory over the Denver Nuggets in Game 2 of the Western Conference finals on Sunday in Orlando.

Davis, who scored the last 10 Laker points, delivered 22 of his 31 points in the second half for the Lakers, who hold a 2-0 series lead. Davis also finished with nine rebounds. LeBron James contributed 26 points and 11 rebounds for the Lakers, who blew a 16-point third-quarter lead. Kentavious Caldwell-Pope chipped in 11 points, as did Danny Green.

After Caldwell-Pope misfired on a shot, Jokic got the rebound, helped push the ball down the floor, then tipped a Murray miss for a 101-100 lead with 31.8 seconds left. Davis scored to give the lead back to the Lakers with 26.7 seconds remaining.

Jokic’s basket in the lane put Denver up 103-102 with 20.8 seconds left. Alex Caruso missed a 3-point shot with 6.9 seconds left but Green got the rebound and took another shot. That one was blocked and the ball went out of bounds, setting the Lakers up for Davis’ game winner.

In the third, the Lakers went up 70-54 after Green’s 3-pointer less than four minutes into the quarter, but the Nuggets outscored the Lakers 24-12 the rest of the quarter to pull within 82-78 heading into the fourth quarter.

A 10-2 run by the Nuggets allowed them to cut the Lakers’ lead to 35-33 after a Porter Jr. tip-in with 8:42 left in the second quarter. But the Lakers answered with a 20-7 surge after a 3-pointer by Kentavious Caldwell-Pope six minutes later for a 55-40 advantage.

By the break, the Lakers owned a 60-50 edge. James had 20 points in the first half to lead all scorers.

Both teams were sloppy taking care of the ball. The Lakers committed 23 turnovers to 19 for the Nuggets.