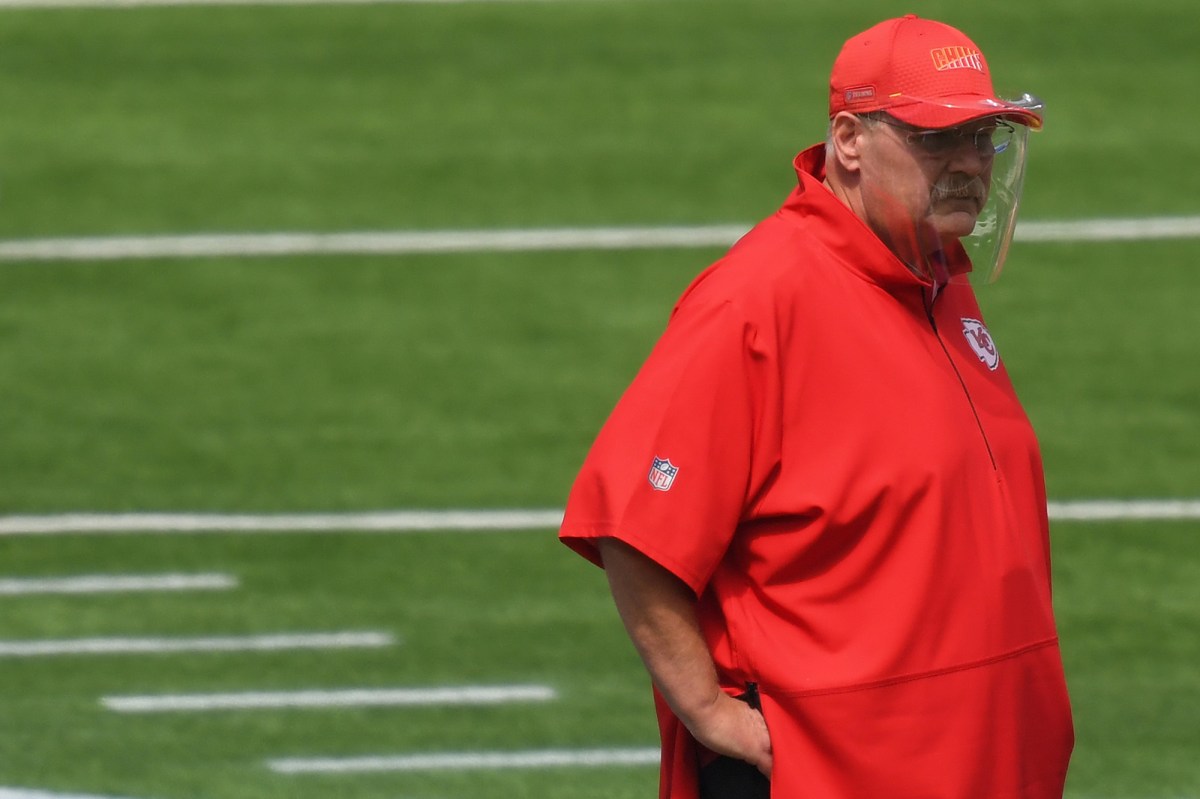 After the Chiefs’ 34-20 win over the Texans last week, in which Reid was seen profusely fogging up his face shield on the sidelines, Kansas City equipment manager Allen Wright secured a product that hockey players use to defog their masks, Reid told reporters over the weekend.

The image of Reid’s fogged-up face shield became a memorable image from Week 1 in the NFL. But the NFL wasn’t happy with every coach’s face-covering etiquette.

Rams coach Sean McVay told ESPN that he might keep his normal mask this week in Los Angeles’ game against the Eagles or use a gaiter, adding that “I’ll be better” than he was last Sunday when he was caught not always wearing a mask on the sidelines.

The NFL sent out a memo warning coaches that they need to be more diligent about wearing masks or potentially face discipline. McVay acknowledged this past week that he was likely the reason the memo was sent out.

“I figured that memo was directed at me,” McVay told reporters this past Monday. “I’ve got to do a better job about that. So moving forward there will be a conscious effort to do that.”