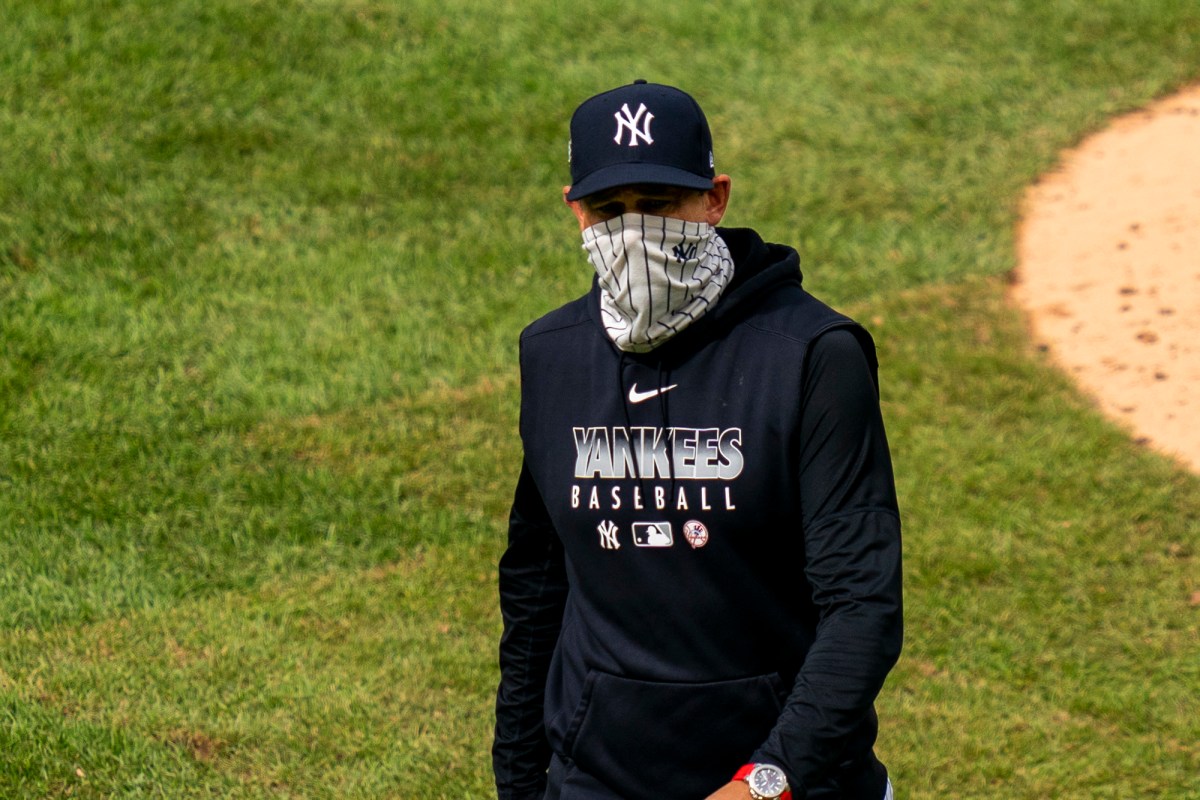 Aaron Boone shouldered the blame for the lineup-card snafu during Tuesday night’s game when reliever Tyler Lyons wasn’t on the umpire’s lineup card but was on the Yankees’.

So when Lyons went to the mound to start the bottom of the eighth the umpires sent him away.

“Ultimately it is on us, me, to make sure we are triple-checked that everything that goes through the system, or potentially going through the system, is buttoned up,’’ Boone said before Wednesday night’s game. “It is a reminder of how diligent we have to be on that kind of stuff.’’

The Yankees bringing Lyons to the big leagues was a move made late in the afternoon.

“[Tuesday] was a little bit unique because when we sent in our card with Lyons on it was pretty early in the day prior to the transaction going through MLB,’’ Boone said. “The Jays had it, we had it. We needed to triple-check to make sure that we were buttoned up through the MLB portal.’’

Due to COVID-19 protocols lineup cards aren’t exchanged at home plate this season.

Lyons being banished led to Zack Britton pitching the eighth with a nine-run lead but Britton told Boone before the game he wanted to pitch since the lefty hadn’t worked since Friday in Boston. Adam Ottavino worked the nine with an 11-run advantage.