USDA identifies some of the mysterious, unsolicited seeds after all 50 states issue warnings 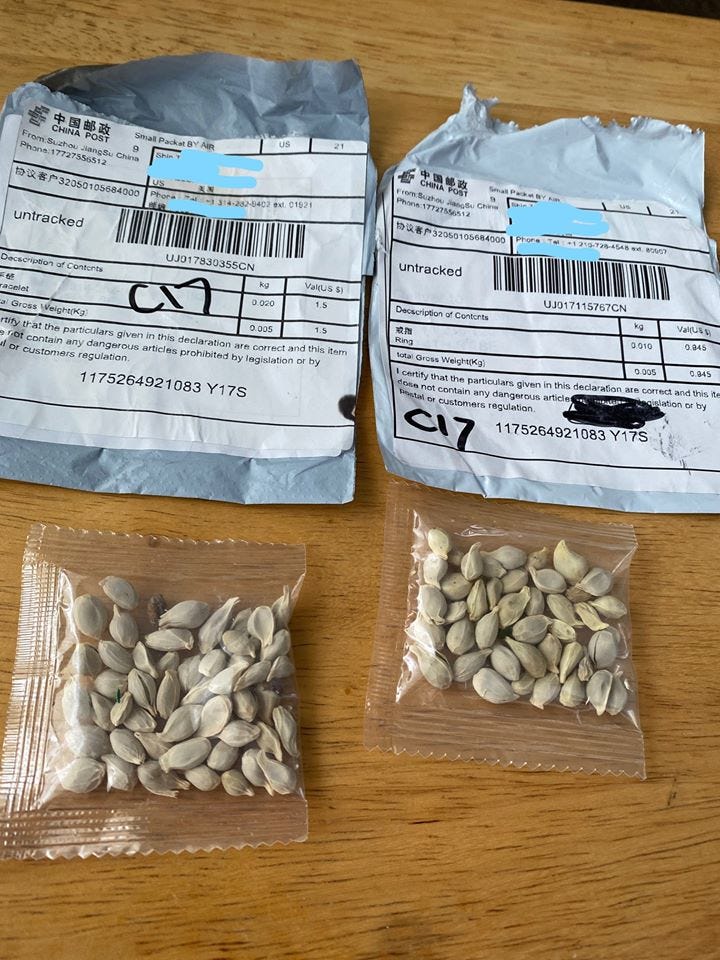 The U.S. Department of Agriculture has identified 14 different kinds of seeds in the mysterious packages that appear to have been sent unsolicited from China to people around the country.

All 50 states have issued warnings about the packages some of which contain flowering plants like morning glory, hibiscus and roses, according to Osama El-Lissy, with the Plant Protection program of USDA’s Animal and Plant Health Inspection Service. El-Lissy said other packages contain vegetables like cabbage and herbs including mint, sage, rosemary, and lavender.

“This is a just a subset of the samples we’ve collected so far,” he said Wednesday.

A spokesperson for the USDA said the department is urging anyone who receives the packages n...

Yankees close to getting Aroldis Chapman back from coronavirus 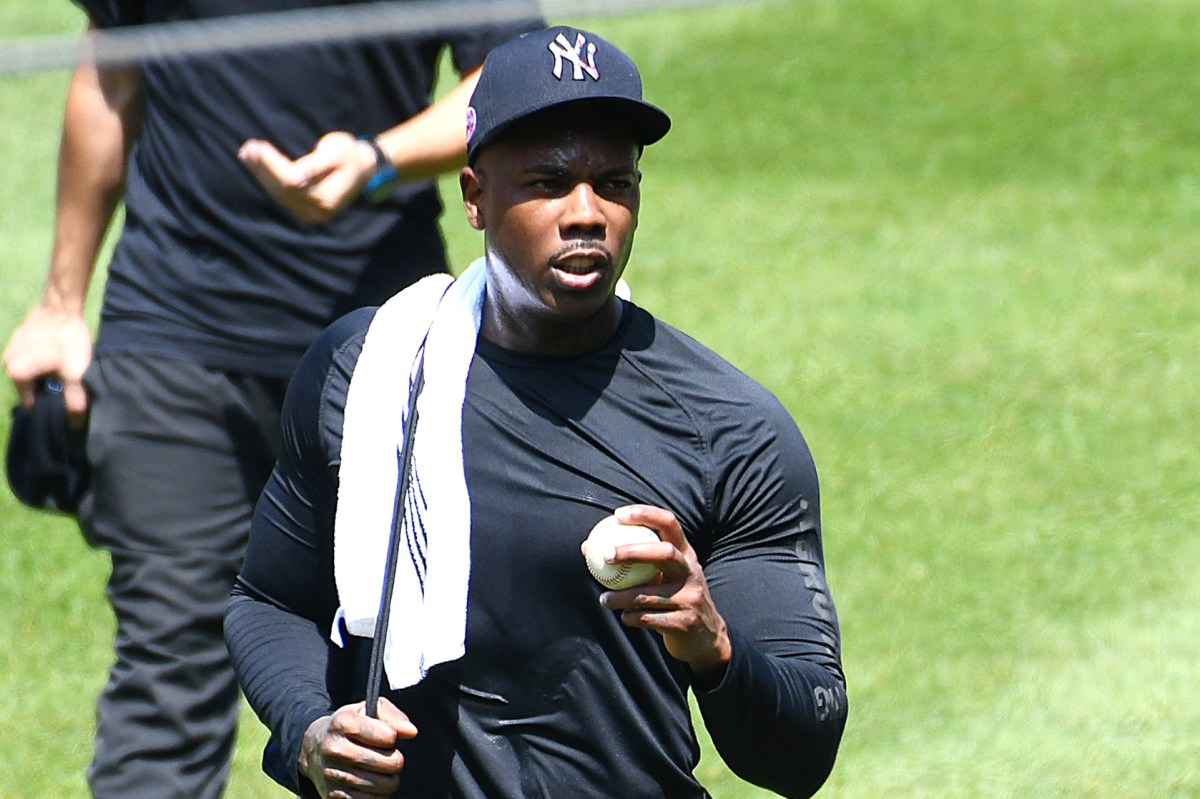 Aroldis Chapman is close to reclaiming his role as Yankees closer.

After testing positive for COVID-19 early in July, Chapman is now reportedly free of the virus and is eligible to return to the Yankees on Friday, according to ESPN’s Marly Rivera. A player needs two consecutive negative tests before being permitted to rejoin a team.

Chapman, a six-time All-Star, has missed the team’s first five games, with the team turning to Zack Britton as closer in his place. Britton has picked up two saves in a pair of scoreless appearances in the Yankees’ 4-1 start.

It is unclear how long it will take for Chapman to return to the bullpen, having been on the injured list since July 11. 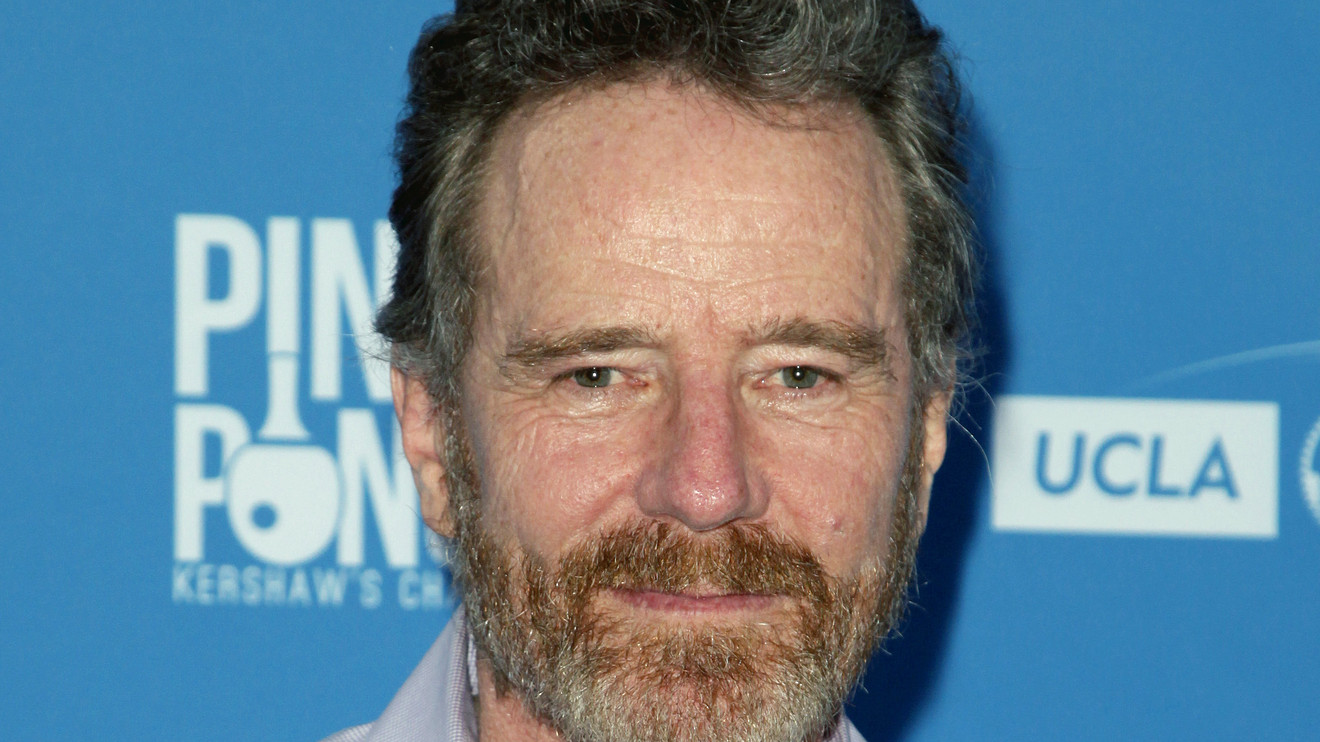 He is the one who masks.

Bryan Cranston has revealed that he contracted COVID-19 “a little while ago” — and he wants everyone to mask up and practice social distancing.

“I contracted the virus. Yep,” he wrote in an Instagram FB, post on Thursday, adding “it sounds daunting now that over 150,000 Americans are dead because of it. I was one of the lucky ones. Mild symptoms.”

And he urged his 2.5 million followers to “keep wearing the damn mask, keep washing your hands, and stay socially distant... 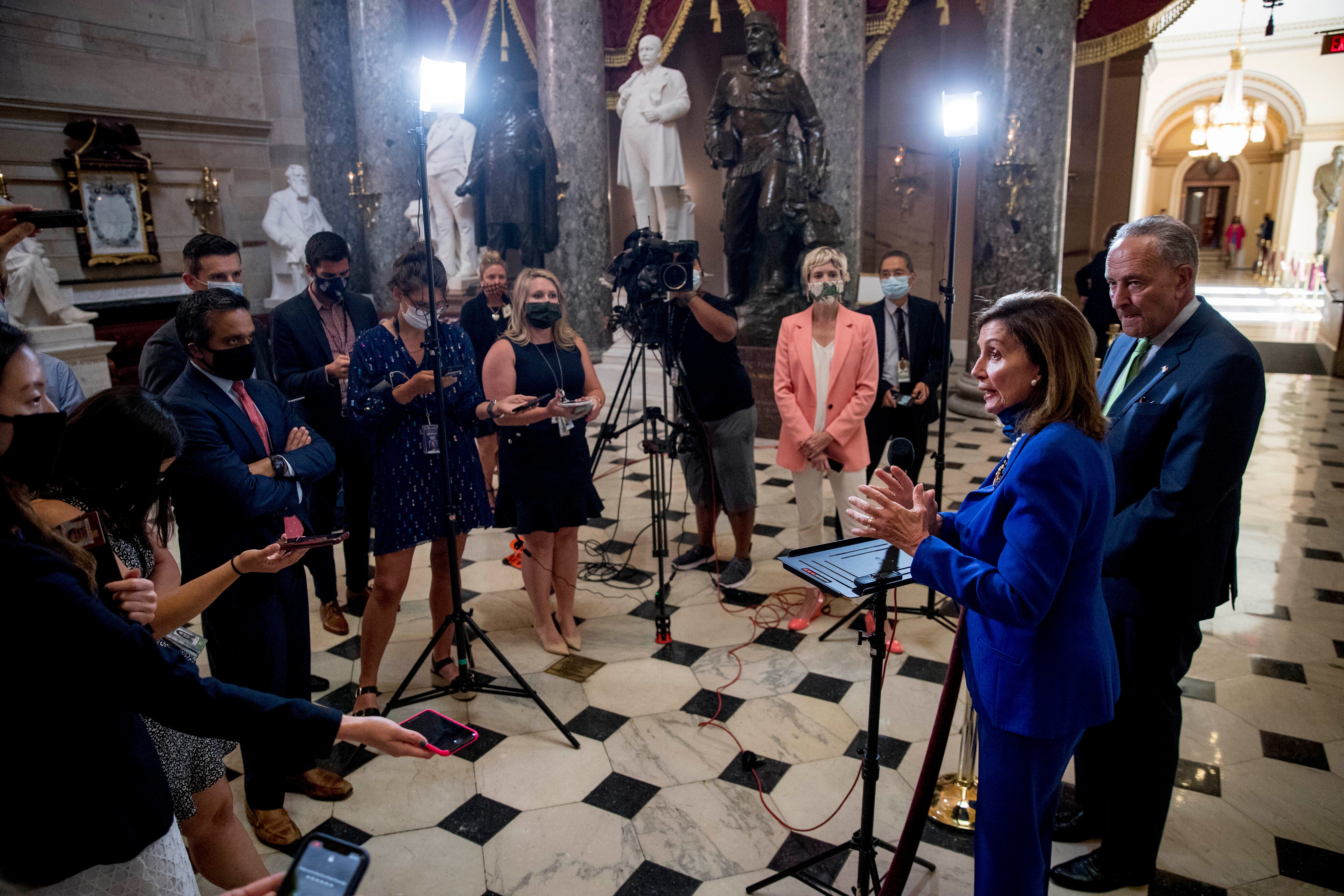 WASHINGTON – The discussions over another stimulus package turned testy Friday as Democrats and Republicans each blamed the other for their inability to come to an agreement just hours before a $600 weekly unemployment benefit for Americans officially ends.

In dueling press conferences, White House Chief of Staff Mark Meadows laid into Democrats for rejecting a short-term deal to continue the bolstered unemployment benefit for one week, while House Speaker Nancy Pelosi railed against Republicans and the Trump administration for attempting to take a piecemeal approach to helping Americans as COVID-19 cases continue to surge nationally.

“What we’re seeing is politics as usual from Democrats up on Capi... 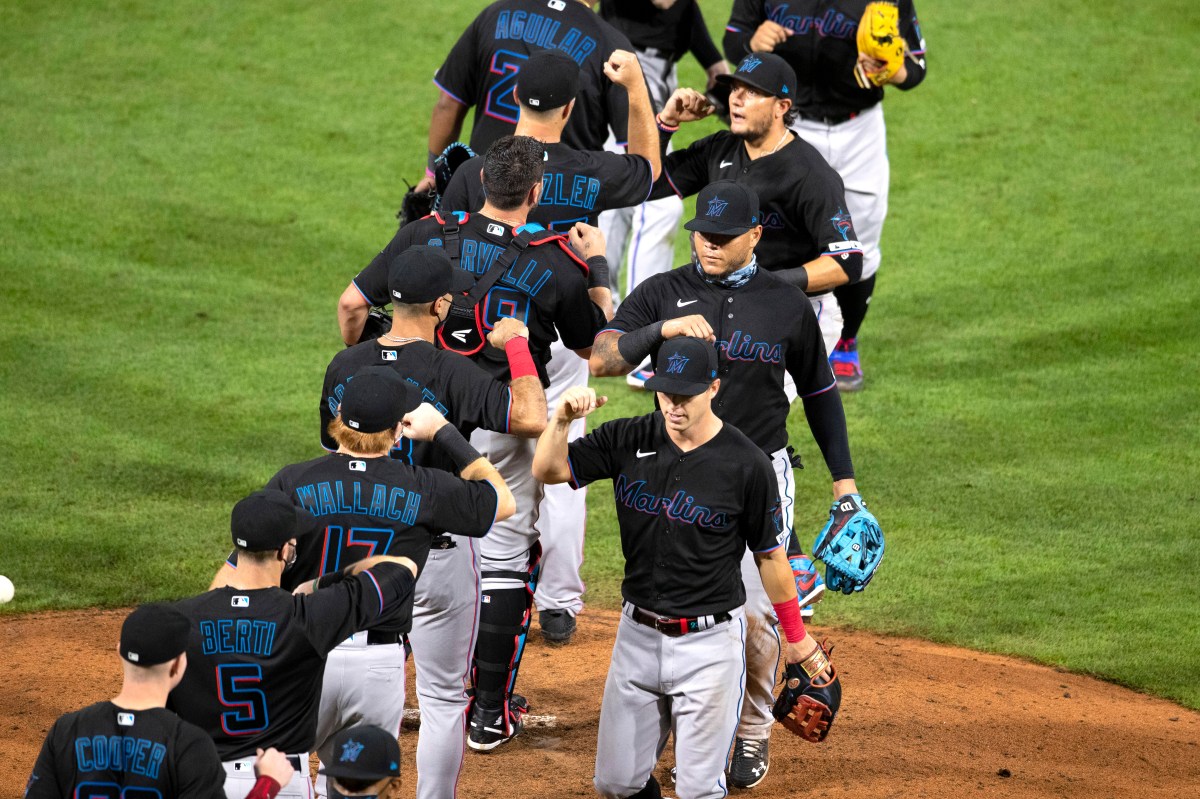 As the Marlins attempt to resume their season, more than half of the team — infected with COVID-19 — will finally leave Philadelphia and take a sleeper bus back to Miami, where players will be held in a single location to quarantine, according to multiple reports.

The Marlins haven’t played since Sunday — and have games postponed through this upcoming Sunday — in Philadelphia, where the team has remained isolated since numerous players tested positive for the novel coronavirus, which has been contracted by at least 18 players and two staff members.

Pending the approval of MLB, the healthy members of the 30-man roster — plus a mix of players from their alternate training site and free agent and/or waiver pickups — will reportedly travel to Baltimore to face the Orioles, followed...

Market Extra: What does a stratospheric rally for gold mean for the stock market?

Gold is on a historic tilt, surpassing records that have stood for decades and taking aim at a psychologically round-number level above $2,000.

The rush for bullion, unsurprisingly comes amid the worst public-health crisis in generations, but what does the climb in the centuries-old haven asset mean for stocks over the longer term?

Gold GOLD, has traditionally rallied as stocks have fallen because of the yellow metal’s status as a safe play during times of uncertainty.

However, gold has climbed more than 26% as U.S. equities have recovered from a low on March 23 during the worst of the coronavirus crisis. As gold rose, the S&P 500 index SPX, climbed nearly 45%, the Dow Jones Industrial Average DJIA, has advanced 40%, and the technology-heavy Nasdaq Composite Ind...

Biggest coronavirus vaccine deal yet: $2.1 billion to Sanofi/GSK for up to 100 million doses

The United States announced Friday it will pay French pharmaceutical company Sanofi and Great Britain’s GlaxoSmithKline up to $2.1 billion to test and produce 100 million doses of an experimental coronavirus vaccine.

More than half of the money will support further development and early-stage clinical trials to ensure it is safe and effective. The rest will pay for the first 100 million doses, with an option on 500 million more.

The majority of the $2.1 billion will go to Sanofi, which made the vaccine candidate. GlaxoSmithKline made a booster that improves how the body responds to it.

The deal is part of Operation Warp Speed, a White House-led initiative aimed at getting a vaccine to stop SARS-CoV-2, the virus that causes C... 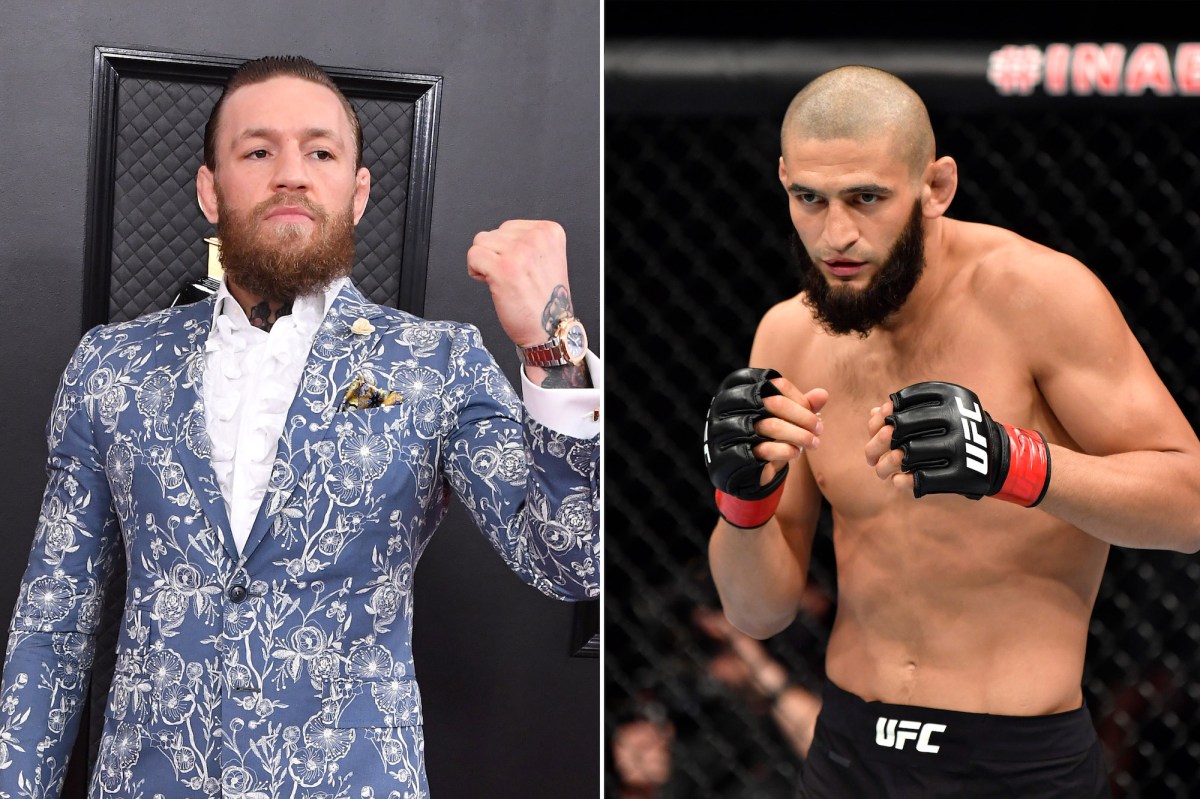 UFC’s Khamzat Chimaev claims he traveled to Ireland to “beat up” Conor McGregor — only to be detained by police and dumped in a cell.

The Swedish welterweight ace won two fights in ten days on Fight Island and is considered one of the rising stars in the sport.

But he nearly got a taste of a bout against one of sport’s biggest stars when he tried to track down McGregor after he insulted Khabib Nurmagomedov. Chimaev was fuming in the buildup to McGregor’s UFC 229 bout against Nurmagomedov — who recently lost his father to COVID-19 — in October 2018.

He was going to pretend to be traveling to Ireland to help McGregor, when really his intention was to batter him. McGregor recently claimed he was drinking whiskey “all bleeding week” in the build up to that defeat.

The Margin: RIP Buddy: The first dog to test positive for the coronavirus in the U.S. has died 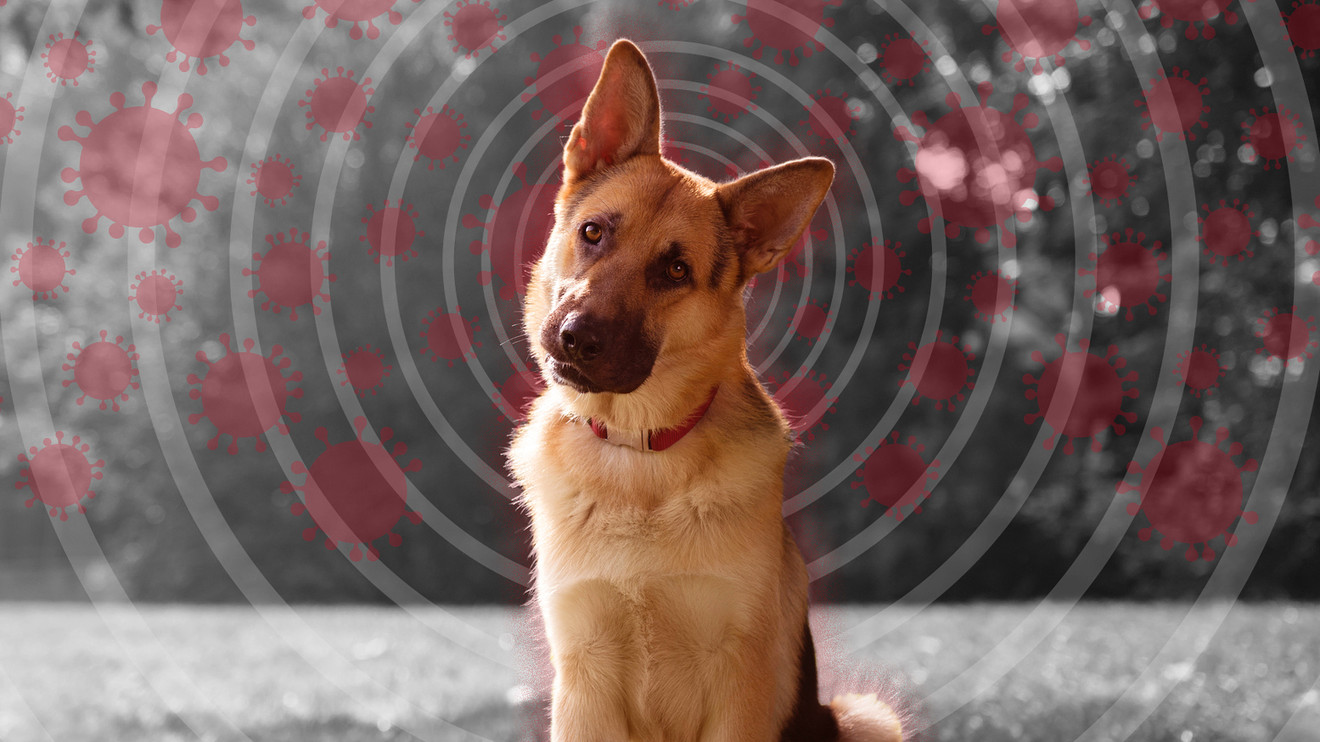 If we’re still learning about how the coronavirus spreads among humans, and why some people get so much sicker than others — then we’ve barely scratched the surface with what it does to pets.

While the number of animals infected worldwide remains relatively low, the first U.S. dog to test positive for SARS-CoV-2, the novel coronavirus that causes COVID-19, has sadly died.

National Geographic has identified the pup as Buddy, a 7-year-old German shepherd from Staten Island, N.Y., in an exclusive interview with his family that published this week. Buddy passed on July 11, just two and a half months after he started wheezing and developing thick mucus in his nose...

The reports focused on the reporters’ use of leaked information about the agency’s operations in Portland where the federal deployment was denounced by local leaders and where officers had clashed nightly with protesters.

The DHS Intelligence and Analysis Directorate was ordered to halt the information collection, after Wolf was notified of the work, first disclosed by the Washington Post.

“In no way does the acting secretary condone this practice and he has immediately ordered an inquiry into the matter,” the agency said...